Search for 11 trapped miners in Indonesia hampered by floods

The attempt to exit waters from a pit at a gold mine located in Simpang Parit village of Marangin district, Jambi province, was failure as waters keep penetrating from a river whose position is close and higher than the mine, said Dalmanto, senior official at the provincial agency.

"The floods remain in the area and the current of the river near the pit is strong. That leads the waters from the river keep entering the pit," he told Xinhua at from the scene.

"So, the precise position of the 11 trapped men still could not be found out," Dalmanto added.

Soldiers, police and local rescuers have involved in the search and rescue operation since Tuesday with focus of works to exit the waters from the small-and-narrow pit, according to him.

"The attempt to exit the waters from the pit fails despite of using a higher-capacity pump. Today (Saturday) we decide to deploy an excavator to dig the soil. It is on the way to the scene now. But we need to find out the structure or textures of the soil first," he said.

Heavy downpours was blamed for the collapse of the mine at 13 : 30 on Monday, according to Dalmanto.

Indonesia is a natural resource-rich country, home to many mining operations for gold, tin, nickel and coal.

However, heavy rains often trigger landslides and flash floods in this southeast Asian nation, where millions of people live in mountainous areas or close to flood plains. 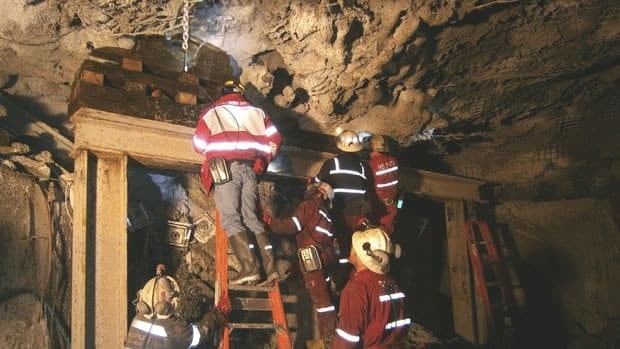