Iraqi forces free town from IS in south of Mosul

MOSUL, Iraq, Oct. 29 (Xinhua) -- The Iraqi security forces on Saturday freed a town from Islamic State (IS) group in south of the group's stronghold of Mosul, as major anti-IS offensive continued to seize more ground around the city, a security source told Xinhua.

The federal police and paramilitary Hashd Shaabi units managed to liberate the central part of the town of Shoura, some 30 km south of Mosul, and raised the Iraqi flag on the local government building after fierce clashes with IS militants since the early morning hours, a source from the Operations Command of Nineveh Liberation told Xinhua on condition of anonymity.

The troops backed by the Iraqi and U.S.-led coalition aircraft participated in the battle, destroying at least ten booby-trapped vehicles and killing dozens of the extremist militants, the source said without giving further details.

Earlier in the day, the source told Xinhua that the troops started in the morning to enter the town of Shoura amid fierce clashes with the extremist militants inside the town.

During the past few days, the troops were fighting to clear a cluster of villages around Shoura in order to impose siege on the IS militants in town, according to the source.

Also on Saturday, the paramilitary units of Hashd Shaabi in the morning launched a large-scale operation and advanced in three routes through the vast rugged land toward the town of Tal-Afar, some 70 km west of Mosul, according to a statement by the Hashd Shaabi's media office.

Tal Afar, which used to have majority of both Sunni and Shiite Turkoman villagers, as well as other minorities of Kurds and Arabs, fell to IS in 2014.

During their advance toward Tal Afar, the paramilitary units backed by Iraqi aircraft recaptured many villages scattered in the open land in southwest of Mosul, including the villages of Wadi al-Ayn, al-Msaara and Msherfa within the ancient ruin site of Hatra, according to the statement.

It said the Hashd Shaabi units fought sporadic clashes with IS militants in the villages, destroying four booby-trapped vehicles and killed at least three suicide bombers, while dozens of IS suspects were detained for interrogation.

So far, the Iraqi security forces have inched to the eastern fringes of Mosul, and made progress on other routes around the city preparing for the major battle to storm the city and drive out the IS militants. 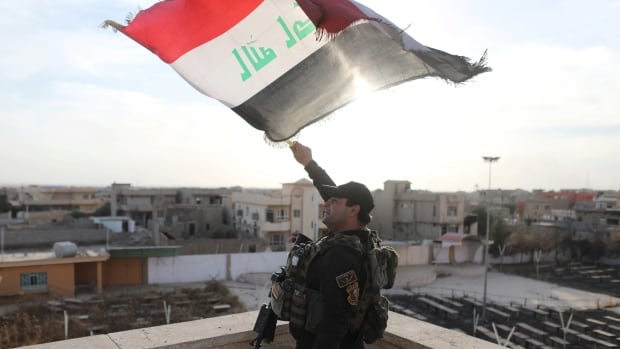