PHNOM PENH, Nov. 1 (FN) -- Four Cambodian sailors rescued last month after being held hostage by Somali pirates for nearly five years said Tuesday that they had been tortured and allowed to eat only a meal per day during their captivity.

They were among 26 Asian seafarers who were released by Somali pirates on Oct. 22 after being held since their fishing vessel was hijacked in 2012. They arrived in Cambodia on Sunday after taking a flight from Nairobi, Kenya to Manila, the Philippines, and to Phnom Penh International Airport.

An Omani-flagged fishing vessel Naham 3 was hijacked south of the Seychelles on March 26, 2012. Of the original 29-member crew, one sadly died in a scuffle with the pirates when the hijacking took place and two more succumbed to illness during their captivity.

Cambodian sailor Em Phummany, 34, recounted that on March 26, 2012, a band of Somali pirates travelled by a small express boat hijacked the Naham 3 and shot a captain from China's Taiwan dead when he ignored their warning shots and tried to command the vessel to escape from them.

After killing the captain, the pirates tied up the crew and ordered a vessel technician to command the vessel to their camp in Somalia, which took about three days to travel, he said, adding that they were all contained to live in the vessel for more than a year before moved to live under tents in a jungle.

"The pirates were cruel and inhumane, they tortured and intimidated us every day by firing guns," he told a press conference here. "When we were in their hands, we had never dreamt that we could have life to return home."

All pirates armed with AK-47 rifles, he said, adding that a Cambodian sailor was shot to injure on his right foot when he refused to cook for them.

He said during their captivity, an ill Chinese man and Indonesian man had died due to no medication and lack of drinking water.

"They gave us a litre of water a day. There was no water to bath. We could take a bath only if there was rainfall," he said.

Another sailor Nhem Soksan, 37, said that in the jungle, the sailors lived in tents and ate only a meal per day in the evenings.

"They let us eat rice with bean and sugar," he told reporters. "To survive, we ate everything we found such as rats, cats, and birds."

"I had never had hope that I had survived and returned home," he said.

Cambodia's Interior Ministry Secretary of State Chou Bun Eng said the Cambodian seamen are in good health, although they look weak due to food deficiency.

"The ministry will cooperate with relevant organizations to help integrate them into the society," she said.

The 26 crew members, who were freed last month, are from Cambodia, China, the Philippines, Indonesia and Vietnam. 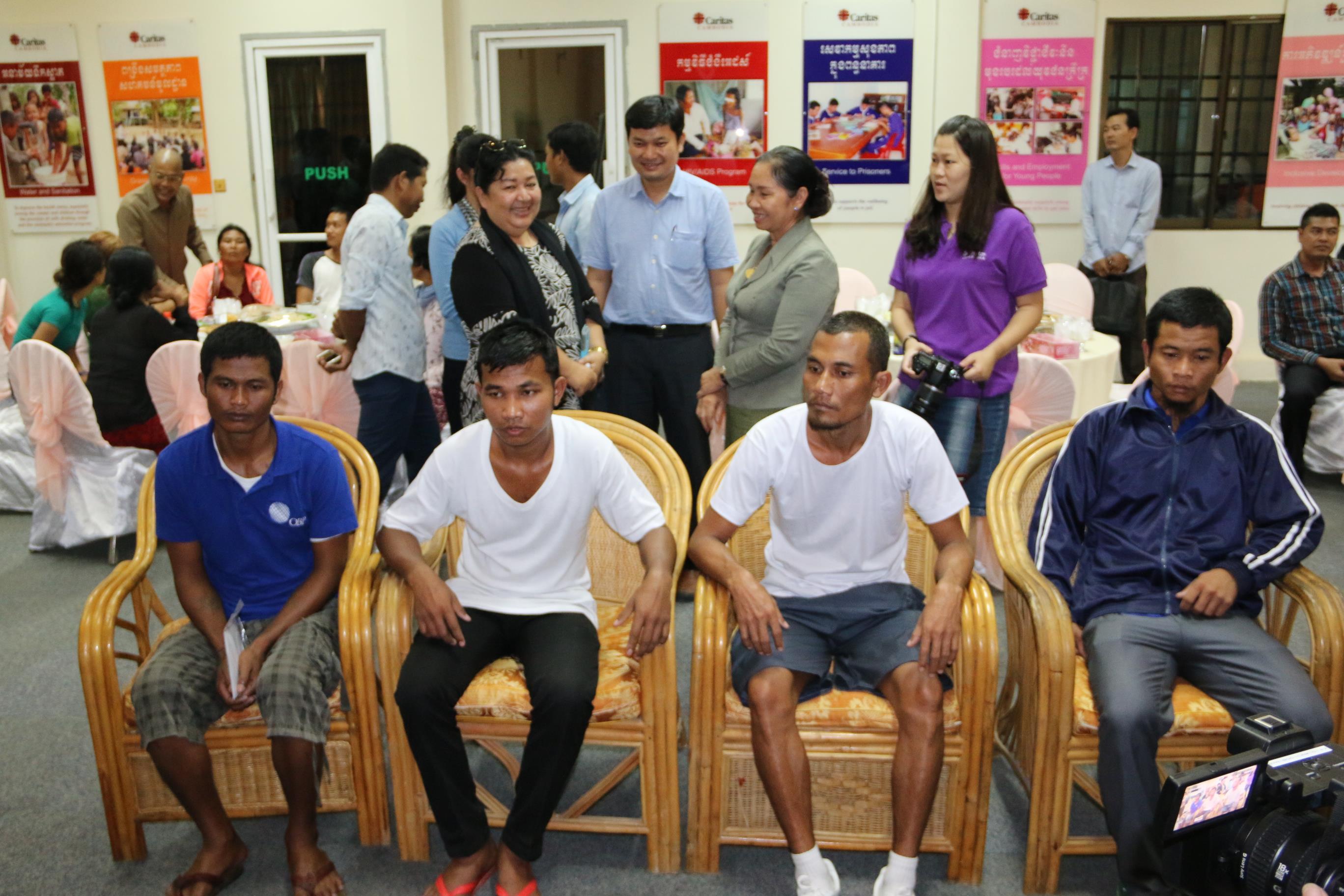