More than 80 rescuers found the bodies in a pit at Jinshangou Coal Mine, Yongchuan District, at around 2 a.m. and lifted them out of the shaft two hours later, according to the local rescue headquarters.

An investigation into the cause of the accident is under way and is being supervised by the State Administration of Work Safety. Local governmental workers are identifying the dead and handling the aftermath.

A total of 35 workers were in the pit at the time of the accident just after 11:30 a.m. on Monday. Two escaped unharmed, leaving 33 trapped in the pit. The bodies of 18 miners had been recovered as of Tuesday afternoon.

Preliminary investigations show the mine exceeded its mining boundaries, had insufficient and malfunctioning equipment, poor ventilation and disorderly management. 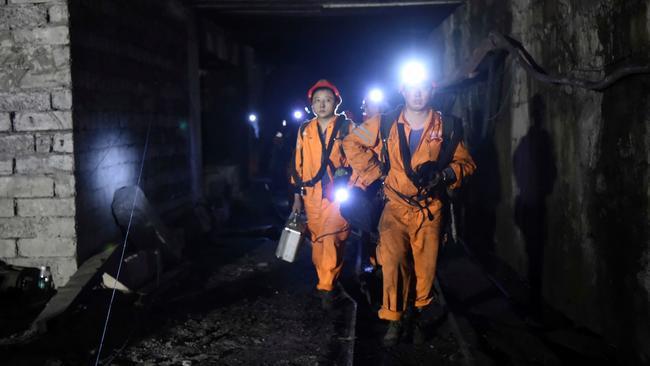