New Zealand troops to be sent to new Iraq training base

And further secondments from the joint New Zealand-Australian mission to other parts of Iraq could be possible in the future, Brownlee said in a statement.

The New Zealand government had given approval for New Zealand Defence Force (NZDF) personnel based at Taji, north of Baghdad, to offer training to Iraqi Security Forces at Al Taqaddum Air Base, west of Baghdad, Brownlee said.

The approval was for about five NZDF personnel to help deliver a training program to Iraqi Security Forces for short periods of about two weeks.

"We want to keep contributing to the training of Iraqi Security Forces as they combat Daesh and return stability to Iraq," Brownlee said.

"This does not change the size of the overall deployment or create additional costs," he said.

The situation in Iraq was constantly changing, as had been seen with the start of the Mosul offensive.

"As a responsible contributor we have to be adaptable. The new training location will not detract from the training already taking place in Taji, which will continue," said Brownlee.

Al Taqaddum was a secure coalition airbase in Anbar province, about 70km west of Baghdad.

"The base is a protected coalition site and comprehensive force protection is in place," Brownlee said.

It was possible that in future NZDF personnel might be asked to train Iraqi forces at locations other than Taji, Besmaya and Al Taqaddum.

"The coalition has a network of secure training sites across Iraq and, as training requirements change, we may receive requests for our defense force's specific skills to be utilized," he said.

"These requests will be considered on a case-by-case basis, but we do have to be adaptable and flexible, as the situation on the ground in Iraq changes."

In June, the government extended the deployment until November 2018, and approved that short-term training could be delivered at the secure coalition base at Besmaya. 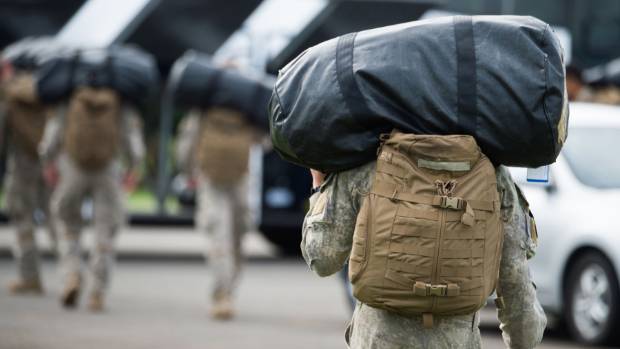