ROME, Nov. 3 (Xinhua) -- Italian Coast Guard said Thursday that at least 766 migrants were rescued during the day in seven operations in the central mediterranean.

The migrants were on five dinghies, one boat and a sailboat, the coast guard authorities said.

According to UNHCR spokeswoman Carlotta Sami, at least 239 migrants are missing as a result of two separate shipwrecks off the Libyan coast. Sami tweeted that the disaster has been confirmed by two survivors who were rescued.

Earlier on Thursday, Italian President Sergio Mattarella said the migrant crisis is the "humanitarian emergency of this start of the century."

He said its "size has perhaps not been fully understood yet" and hailed "the meritorious daily work that our military does in the face of the grave migratory crisis."

Mattarella also said Italy has been bearing the brunt of a record surge in migrant crossings from north Africa. 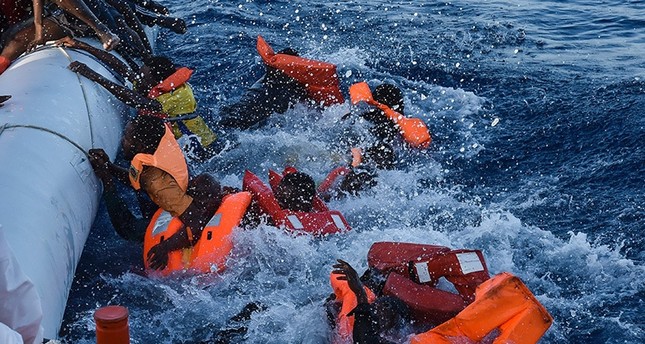