PHNOM PENH, Nov. 17 (FN) -- About 139 schoolchildren at a Christian-run school in northwestern Cambodia have fallen ill after eating tainted dessert that the school made for them, a local police chief confirmed on Thursday.

In Kay, police chief of Oddar Meanchey province's Trapaing Prasat district, where the incident occurred, said the children became sick Wednesday evening after they ate a traditional dessert, which was made of ripe banana, coconut milk, tapioca pearl, and sugar.

"They got dizzy and vomited, a few hours after they ate the dessert," he told Xinhua, adding that the ill-fated children aged between four and 15 years old.

He said that the ill children had been sent to hospitals, as the sample of the tainted pudding was sent to the provincial food safety bureau for examination.

"The children are all in stable condition and some have recovered and left hospitals on Thursday," he said.

According to In Kay, the school has provided free classes and meals to poor children in the district for years.

Checks on food are rare in Cambodia, where safety regulations are lax. 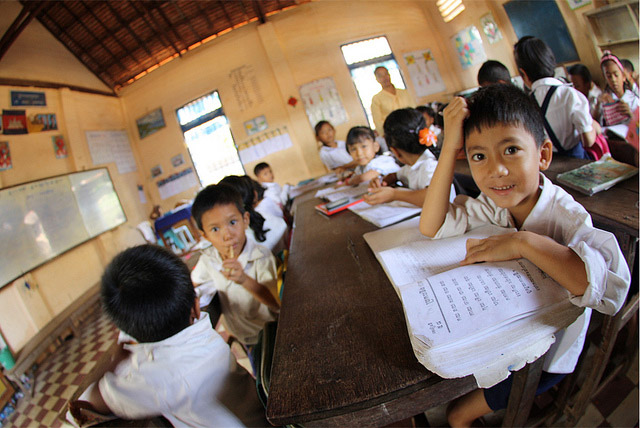