"The earthquakes this week have had a major impact on farmers, fishers, growers and the wine industry. The damage is widespread and severe and will need the help of the government to recover," Primary Industries Minister Nathan Guy said.

Eighty percent of the funding was earmarked for help with non-insurable assets such as tracks, on-farm bridges and water infrastructure on farms in the upper South Island.

"Many farms remain isolated due to road closures and some dairy farmers are having to spread milk back on pasture in a controlled way. Most have backup power, but lack of supplies is an issue for more isolated farms," said Guy.

The Ministry for Primary Industries was also working closely with the badly-hit coastal Kaikoura community to analyze the impact of the earthquake on local fisheries.

"The seabed was lifted several metres out of the water along 100 km of coastline, dramatically altering paua (abalone) and crayfish habitats. As a result there may need to be some areas closed to fishing in the short term until we understand the full impact, and this is being discussed with local groups," said Guy.

The quake was a real blow to the north Canterbury region which had been suffering through drought for nearly three years.

On Thursday, the government unveiled a wage subsidy package as a first step to help small businesses in Kaikoura.

The town, a major attraction on the South Island tourism itinerary with its whale-watching activities, has been cut off since the quake wiped out road and rail links.

The New Zealand Defense Force has been evacuating hundreds of stranded tourists and displaced locals since the quake, which killed two people, with help from U.S., Australian, Canadian and Japanese warships. 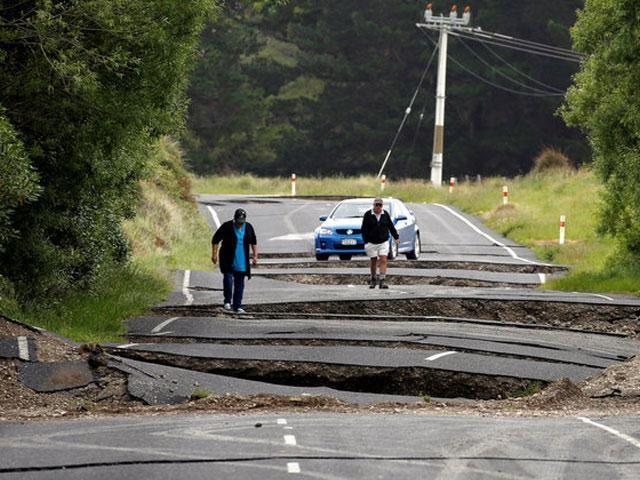