Choo Mi-ae, chairwoman of the biggest opposition Minjoo Party, told a supreme council meeting that her party will form an internal committee to push the impeachment and review when and how to force the president to leave office.

The People's Party, the casting-vote wielding opposition, said it will cooperate with non-Park faction members of the ruling Saenuri Party as well as other opposition parties to pass an impeachment bill at the National Assembly.

Over 30 Saenuri Party lawmakers reportedly expressed a willingness to impeach Park during a Sunday meeting of the non-Park faction.

Voices for impeaching the president are getting louder after the prosecution office said Sunday that Park had conspired with her decades-long friend, Choi Soon-sil, and two former presidential aides in many of criminal acts.

Choi and the two former aides were indicted on criminal charges including abuse of power and extortion. Park becomes the first sitting South Korean president to be accused by prosecutors of a criminal conspiracy.

Impeaching a president is required to get approval from two-thirds of the 300-seat parliament. The Saenuri Party controls 129 seats, but an impeachment bill could be passed as over 30 Saenuri members support it.

The parliamentary impeachment must be approved by two-thirds of the nine-judge constitutional court known to have conservative inclinations. The chief justice and one judge are scheduled to end their tenure early next year.

Some lawmakers in the opposition bloc forecast that the court could approve the impeachment before the two judges end their term, expecting the court's approval in consideration of public outrage. 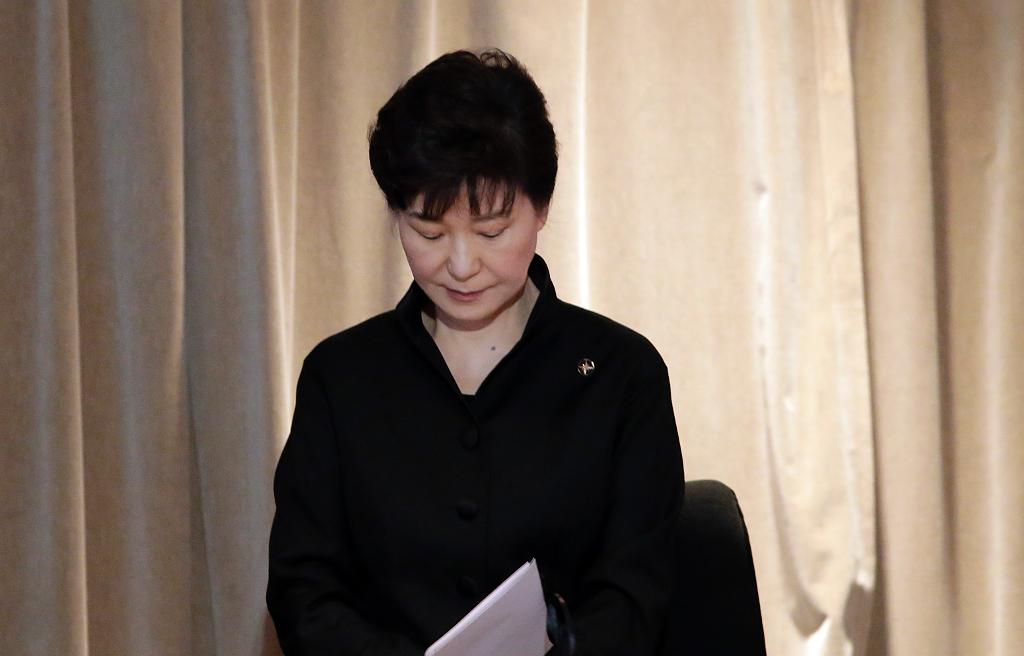