TOKYO, Nov. 22 (Xinhua) -- An earthquake with a preliminary magnitude of 7.4 struck northeastern Japan's Fukushima on Tuesday, the weather agency said, while tsunami waves were observed in the area and some people were injured.

At 8:03 a.m, 1.4-meter tsunami were observed at Sendai port in northeastern Miyagi prefecture, following the first wave of tsunami was observed at coastline 20 km east of Iwaki city in Fukushima prefecture.

Earlier in the morning, the weather agency warned of further tidal waves of up to 3 meters for Fukushima and 1 meter for other parts of the coastline facing the Pacific.

Some persons were slightly injured in Fukushima and Sentai, including one struck by falling tableware at home and another cut by broken glass at a nursing home.

The epicenter of the quake was at a latitude of 37.3 degrees north and a longitude of 141.6 degrees east and occurred at depth of 30 km, said the weather agency.

The temblor was centered in waters offshore of northeastern Fukushima prefecture which borders the Pacific Ocean and is to the northeast of the nation's capital city of Tokyo.

The jolt, centered in the Fukushima, could be felt in central Tokyo and also shook other northeastern Japanese prefectures including Tochigi and Ibaraki.

A Fire occurred at about 6:15 a.m. at a petroleum complex in Iwaki of Fukushima prefecture and was then put out without reports of injuries.

In addition, Shinkansen train and flights services were partially suspended or delayed in northeastern Japan, while power outage affected at least 1,100 households in Fukushima prefecture and central Niigata prefecture and water supply was cut off at some parts of Fukushima and Sentai.

A nuclear fuel cooling facility of the Fukushima Daini nuclear power plant's No.3 reactor building stopped operating temporarily, while no abnormalities were observed at other nuclear plants in the country, according to power companies.

Japanese government's top spokesman Chief Cabinet Secretary Yoshihide Suga said at a press conference here Tuesday morning that the cooling failure will not immediately lead to a radiation leak or an increase in the temperature of the fuel.

So far there have been no reports of significant damage from the quake or tsunami, said Suga, adding that the government will continue to ascertain information about damage, work closely with the Self-Defense Forces and make every effort to disaster response.

The spokesman also called on people in the affected areas to be alert to evacuation instructions and pay attention to information broadcast on television and radio and help each other.

Japan's Prime Minister Shinzo Abe, who is on a visit to Argentina, said at a press conference in Buenos Aires after the earthquake that he has ordered government officials to assess the extent of the damage, provide the public with accurate and timely information and do all they can to respond to the disaster.

Fighter aircraft and helicopters have been sent by the Defense Ministry to check for damage in quake-hit regions.

Some primary and middle schools were closed Tuesday in northeastern prefectures of Fukushima, Miyagi and Aomori.

According to the Japan Meteorological Agency, Tuesday's quake is an aftershock of the massive 2011 quake, which caused a devastating tsunami, damaged nuclear reactors and killed over 15,000 people. 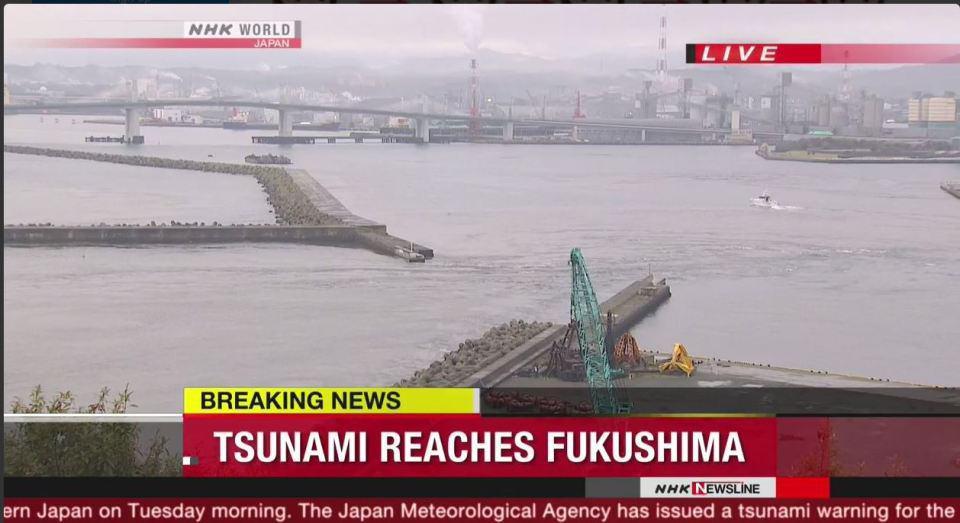