Putin made the comments on Tuesday in a televised meeting with military academy graduates amid Russia’s ongoing invasion of Ukraine.

“It is planned that by the end of the year, the first such complex will be on combat duty,” Putin told the graduates, referring to the Russian-developed ICBMs that are capable of carrying 10 or more nuclear warheads and decoys.

Russia successfully tested the missile in April, unnerving some observers at a time of heightened tensions that has again raised the prospect of nuclear confrontation with the West.

The deployment will come as part of a larger build-up of Russia’s military, Putin said, adding that troops have already begun to receive S-500 air defence and missile defence systems “that have no match in the world”.

Russia has been revamping its air defence systems with the S-500s, which can be rapidly deployed and can intercept at long range aircraft, hypersonic missiles and ICBMs.

“We will continue to develop and strengthen our armed forces, taking into account potential military threats and risks,” said Putin, who praised Russian forces fighting in Ukraine as acting “with courage, professionalism, like real heroes”. 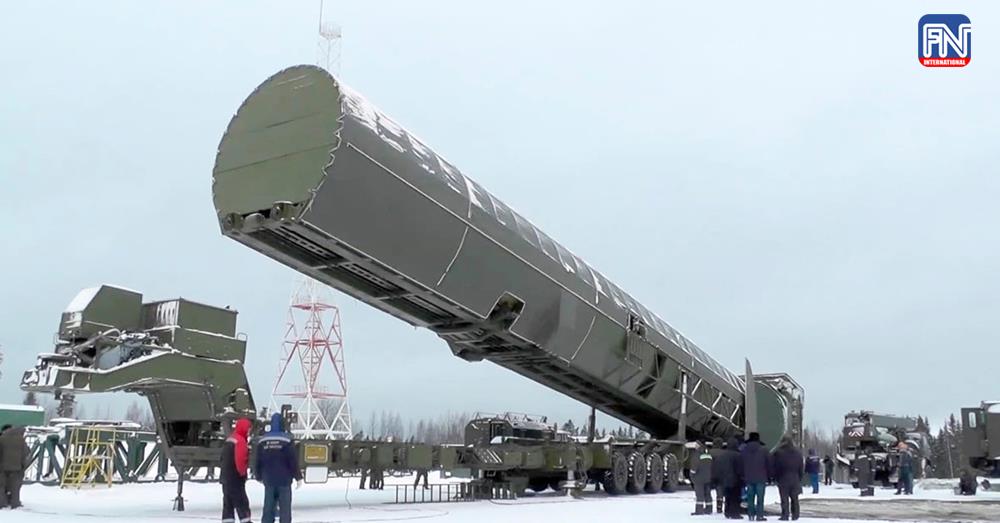