HIGHLAND PARK, July 4 (AFP) - Police arrested a suspect on Monday (Jul 4) after a mass shooting left six dead at a US Independence Day parade in a wealthy Chicago suburb, casting a dark shadow over the country's most patriotic holiday.

Robert Crimo, 22, was identified as a "person of interest" and became the target of a massive manhunt across the town of Highland Park in Illinois, where a rooftop gunman with a high-powered rifle turned a family-focused Jul 4 parade celebration into a scene of death and trauma.

Firing into the holiday crowd, the shooter triggered scenes of total chaos as panicked onlookers ran for their lives, leaving behind a parade route strewn with chairs, abandoned balloons and personal belongings.

Emergency officials said around two dozen people, including children, were treated for gunshot injuries, with some in critical condition.

Earlier, police had warned that he was armed and "very dangerous."

The shooting is part of a wave of gun violence plaguing the United States, where approximately 40,000 deaths a year are caused by firearms, according to the Gun Violence Archive website.

And it cast a pall over America's Independence Day, in which towns and cities across the country hold similar parades and people - many dressed in variations on the US flag - hold barbecues, attend sports events and gather for firework displays.

"We were getting ready to march down the street and then all the sudden waves of these people started running after, like running towards us. And right before that happened, we heard the pop, pop, pop, pop, pop, and I thought it was fireworks," Emily Prazak, who marched in the parade, told AFP. 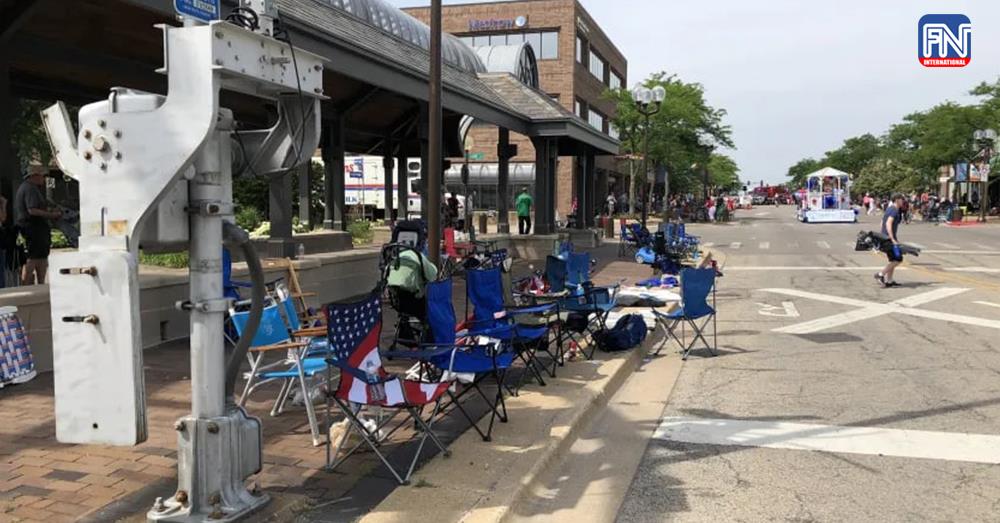