WASHINGTON, Sept 19 (Reuters) - U.S. Secretary of State Antony Blinken met with the foreign ministers of Armenia and Azerbaijan in New York on Monday, marking the first direct talks between the two sides since deadly border clashes this month, the State Department said.

Armenia and Azerbaijan agreed to a ceasefire last week, ending two days of violence linked to a decades-old dispute between the former Soviet states over the territory of Nagorno-Karabakh.

The fighting, which each side blamed on the other, left more than 170 soldiers dead and threatened to drag Turkey, Azerbaijan's key backer, and Armenia ally Russia into a wider conflict at a time of already high geopolitical tensions.

Convening Armenia's Ararat Mirzoyan and Azerbaijan's Jeyhun Bayramov on the sidelines of the United Nations General Assembly, Blinken emphasized the need to prevent further fighting and return to the peace process, State Department spokesperson Ned Price said in a statement.

"They discussed next steps, and the Secretary encouraged the sides to meet again before the end of the month," Price said.

Speaking before hosting the foreign ministers on Monday, Blinken said Washington was "encouraged by the fact that the fighting has ceased and there have not been any additional military actions over (the) last few days."

The fighting, from Sept. 12-14, was the deadliest since a six-week war in 2020 that left thousands dead and saw Azerbaijan made significant territorial gains in and around Nagorno-Karabakh. 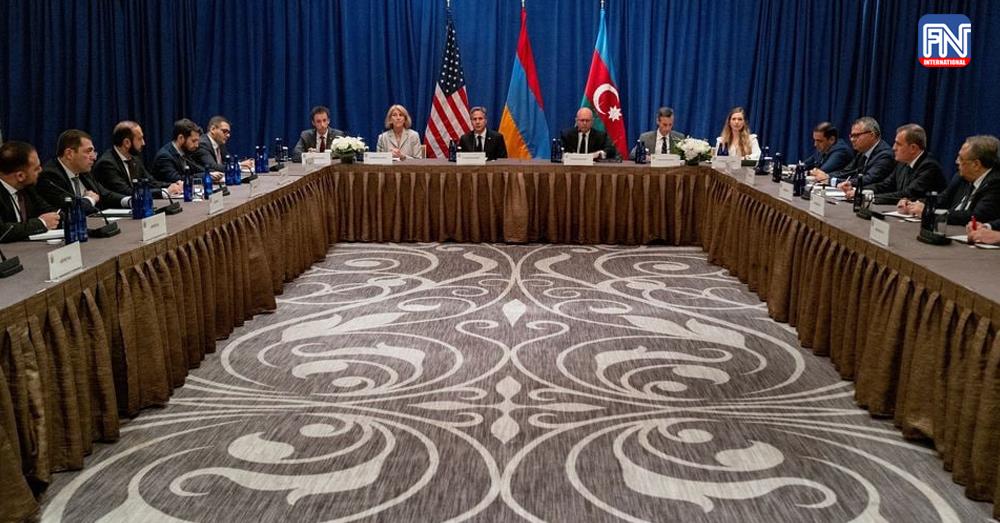