Moscow plans to conscript about 300,000 troops in an apparent escalation of its Ukraine invasion that began in February and has left thousands dead, displaced millions and reduced towns to rubble.

"A crime has been committed against Ukraine, and we demand just punishment," Zelenskyy told the UN body.

"A special tribunal should be created to punish Russia for the crime of aggression against our state ... Russia should pay for this war with its assets," the Ukrainian president said, urging the UN to "remove the right of veto" from Russia as a Security Council member.

Zelenskyy laid out what he said were five non-negotiable conditions for peace. These included punishment for Russian aggression, restoration of Ukraine's security and territorial integrity, and security guarantees.

Many delegates at the UN gave Zelenskyy a standing ovation at the end of his speech.

Earlier on Wednesday, Putin had ordered the military draft in a televised address in which he also announced moves to annex four Ukrainian provinces and threatened to use nuclear weapons to defend Russia, declaring: "It's not a bluff". 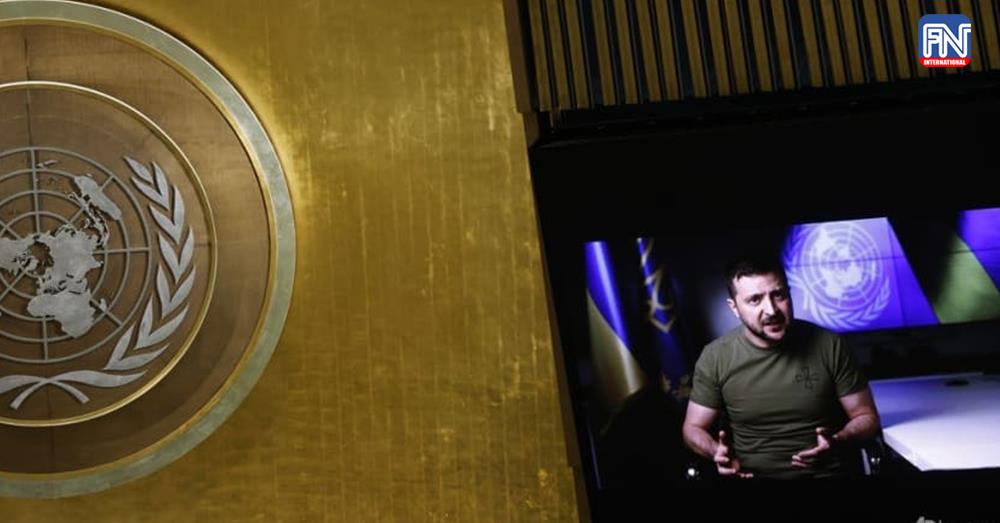