WASHINGTON, Jan. 16 (Xinhua) -- U.S. President-elect Donald Trump said in an interview published Sunday that Britain's exit from the European Union will turn out to be "a great thing" and pledged to strike a swift trade deal with Britain.

"I think Brexit is going to end up being a great thing," Trump told The Times of London newspaper. "I'll tell you, the fact that your pound sterling has gone down? Great. Because business is unbelievable in a lot of parts in the UK."

Trump pledged to offer Britain a quick and fair trade deal with the United States within weeks of taking office, saying that "we're gonna work very hard to get it done quickly and done properly. Good for both sides."

The U.S. President-elect also predicted that other countries would follow Britain's lead in leaving the European Union.

"I think people want ... their own identity, so if you ask me ... I believe others will leave," Trump said.

Trump's comments came as British Prime Minister Theresa May is to give details on Tuesday about her plans for Britain's exit from the European Union.

During the interview conducted in his office in New York, Trump described German Chancellor Angela Merkel's immigration policy as a "catastrophic mistake."

Speaking about Washington's relations with Moscow, Trump signaled an openness to working with Russia.

"Russia's hurting very badly right now because of sanctions, but I think something can happen that a lot of people are gonna benefit," he said. 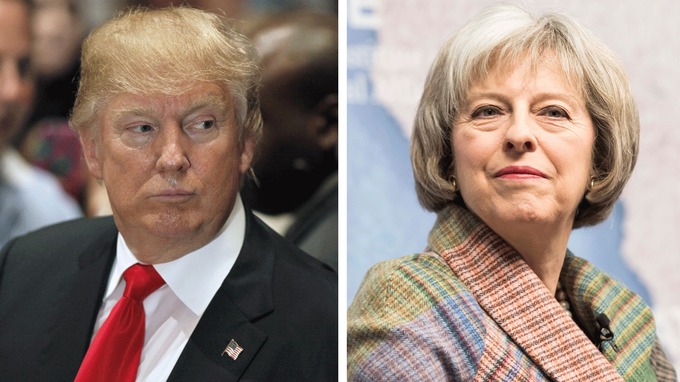