There were two blastes. The first one ripped through the mosque where professors were saying dawn prayers and at least one is among victims, according to a student. The second bomb went off at an entrance gate, said a university worker. Both spoke on condition of anonymity for their safety.

Police Commissioner Damian Chukwu said 5 people died in the explosion at the mosque, including a university professor, and 15 wounded people have been evacuated to hospitals. It was not clear if the explosions came from suicide bombers or were planted bombs, police said.

Maiduguri has been attacked many times but this is the first attack on the university blamed on Boko Haram — the Islamic extremist group whose name means "Western education is sinful."

It is the first major attack since Nigeria' President Muhammadu Buhari last month declared that Boko Haram was "crushed," after troops destroyed their stronghold in the Sambisa Forest in northeastern Nigeria. 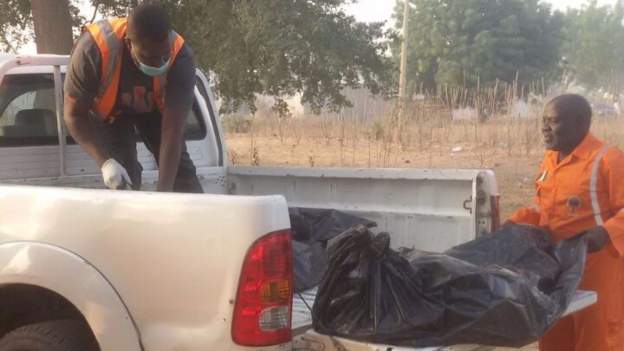