Phnom Penh (FN), Jan 17 – The meeting between heads of Cambodian People’s Party (CPP) and Cambodian National Rescue Party (CNRP), which was scheduled to be on Jan. 25, 2017 is now postponed, according to the National Assembly’s spokesperson Leng Penglong.

Leng Penglong said on Tuesday that he has just received a letter from Samdech Sar Kheng to postpone the meeting between CPP and CNRP. No reason was given in the letter about this postponement, according to the N.A’s spokesman.

“Now, Samdech Sar Kheng requests to postpone the meeting and I do not know why yet”, said Leng Penglong.

However, Samdech Sar Kheng’s Chief of Cabinet Khieu Sopheak said the reason to put off the meeting is that Samdech Sar Kheng wants to give some time to the N.A to amend Article 48 (New) of the internal regulation first.

Prime Minister Hun Sen, on Monday, requested for the amendment of new Article 48 (3) to old Article 48 (2) during his stop in Zurich before heading to Davos for World Economic Forum Annual Meeting 2017.

If the amendment is successful, Acting President of Cambodian National Rescue Party Kem Sokha will lose his title as “minority leader" nominated in December 06, 2016.
=FRESH NEWS 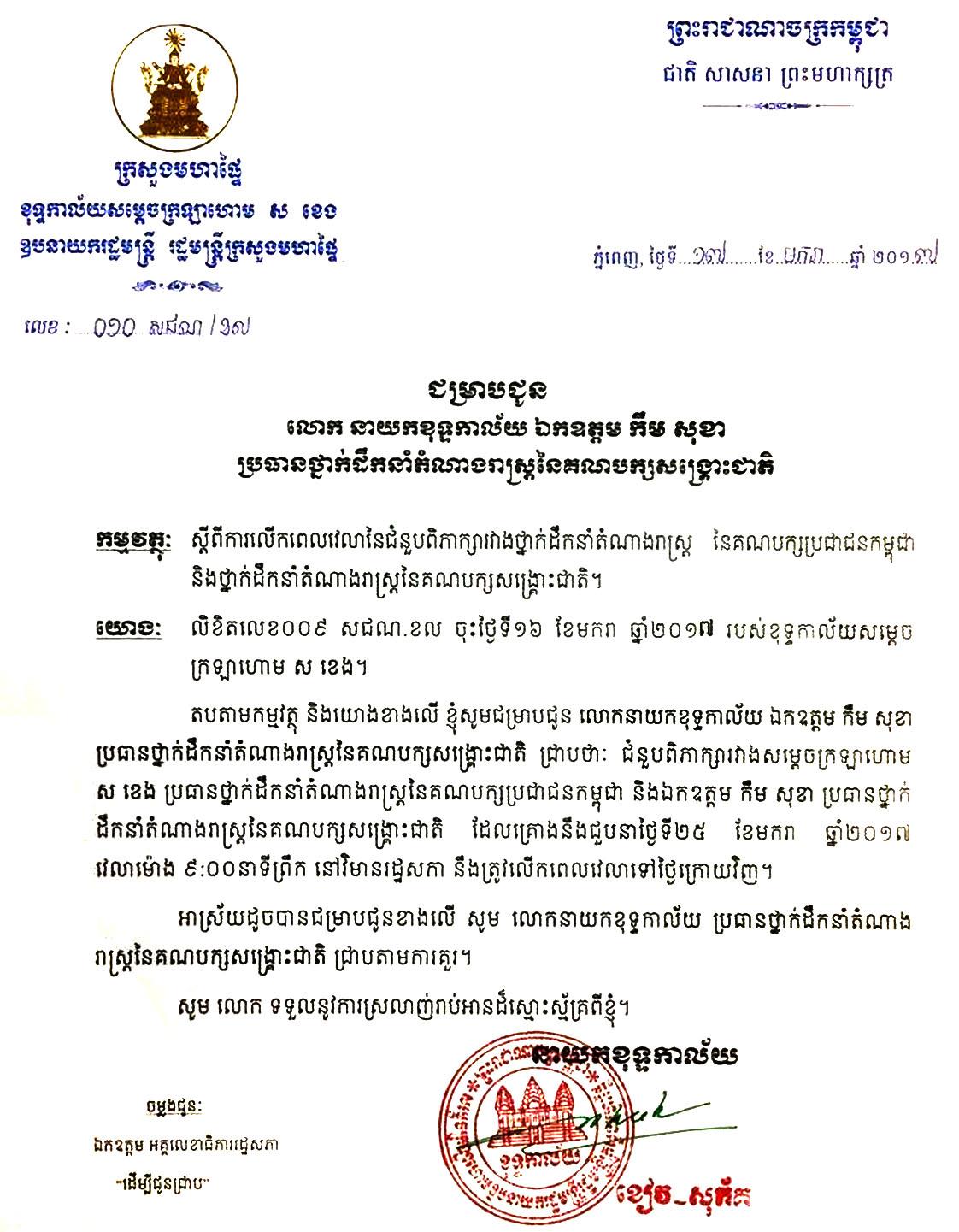 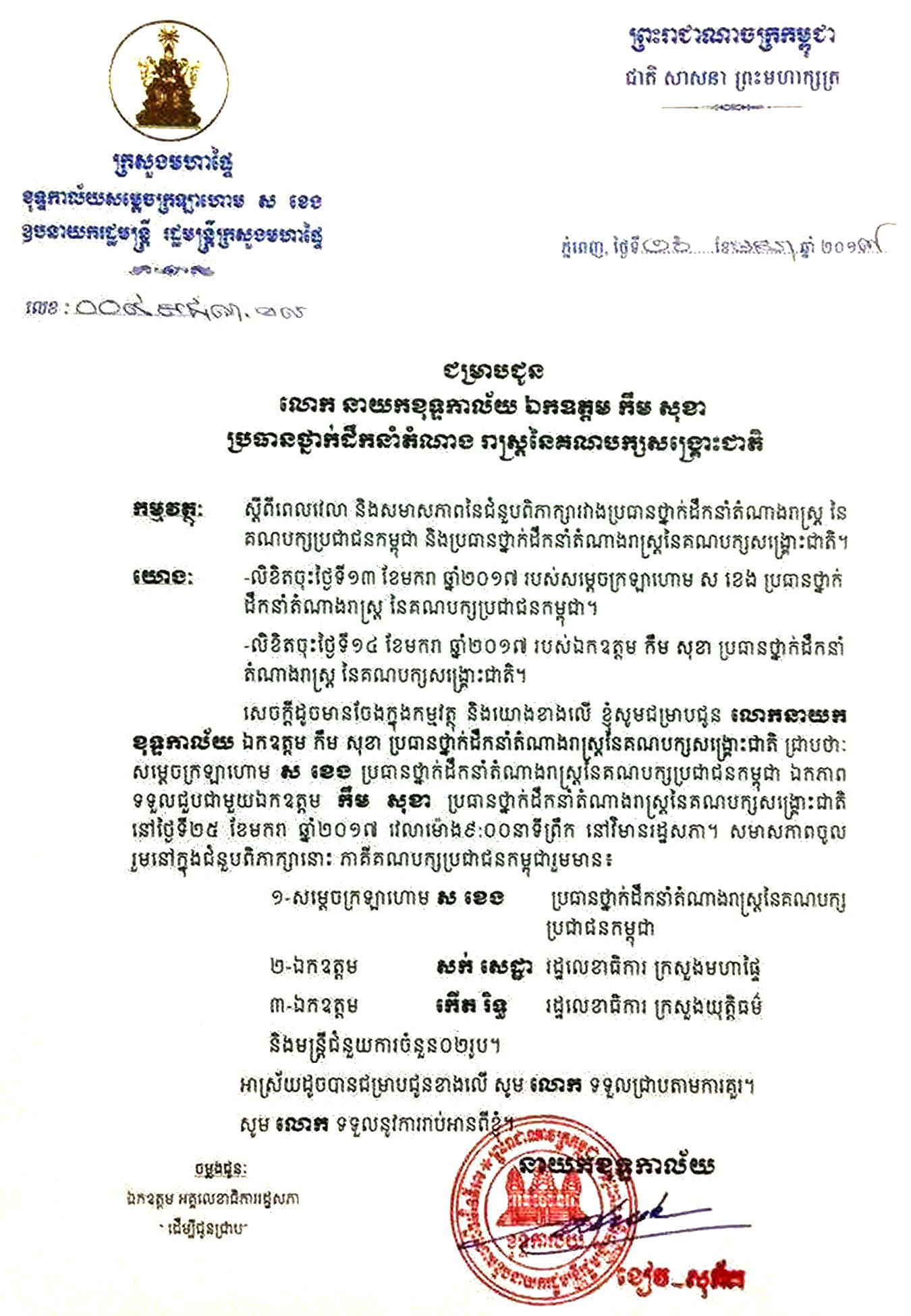