Phnom Penh (FN), Jan 18 - Cambodian Prime Minister Hun Sen has finally decided to file a lawsuit against Sam Rainsy for $1 million over defamation, according to the premier’s lawyer, Ky Tech.

He said the lawsuit was filed as in response to Sam Rainsy who had baselessly accused the premier during his meeting with CNRP’s activists in France for bribing Thy Sovantha, a Cambodian social media star and former opposition activist, to attack CNRP.

“The premier asked me to study on the above case before he left to Switzerland and that I have enough evidence, I have the right to file a lawsuit against Sam Rainsy for $1 million over public defamation case”, said the premier’s lawyer.

He added that the baseless accusation has affected the reputation and honor of Prime Minister Hun Sen. 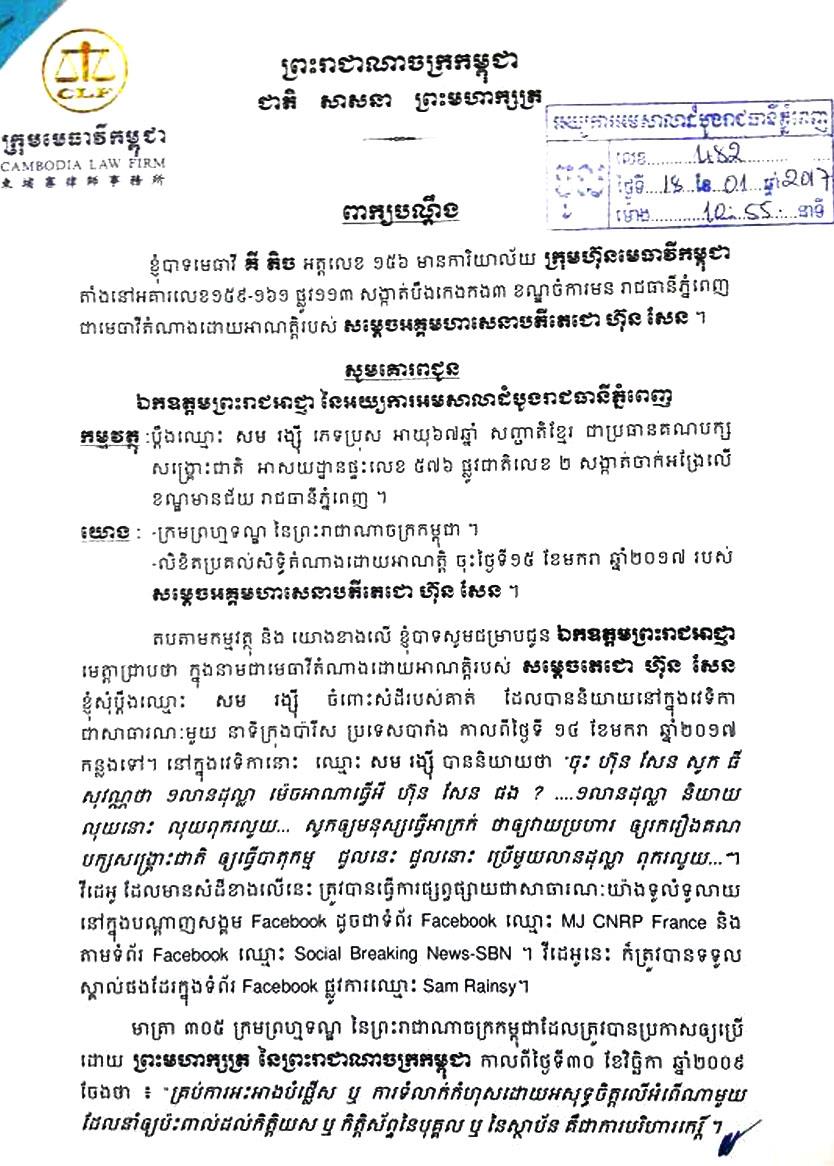 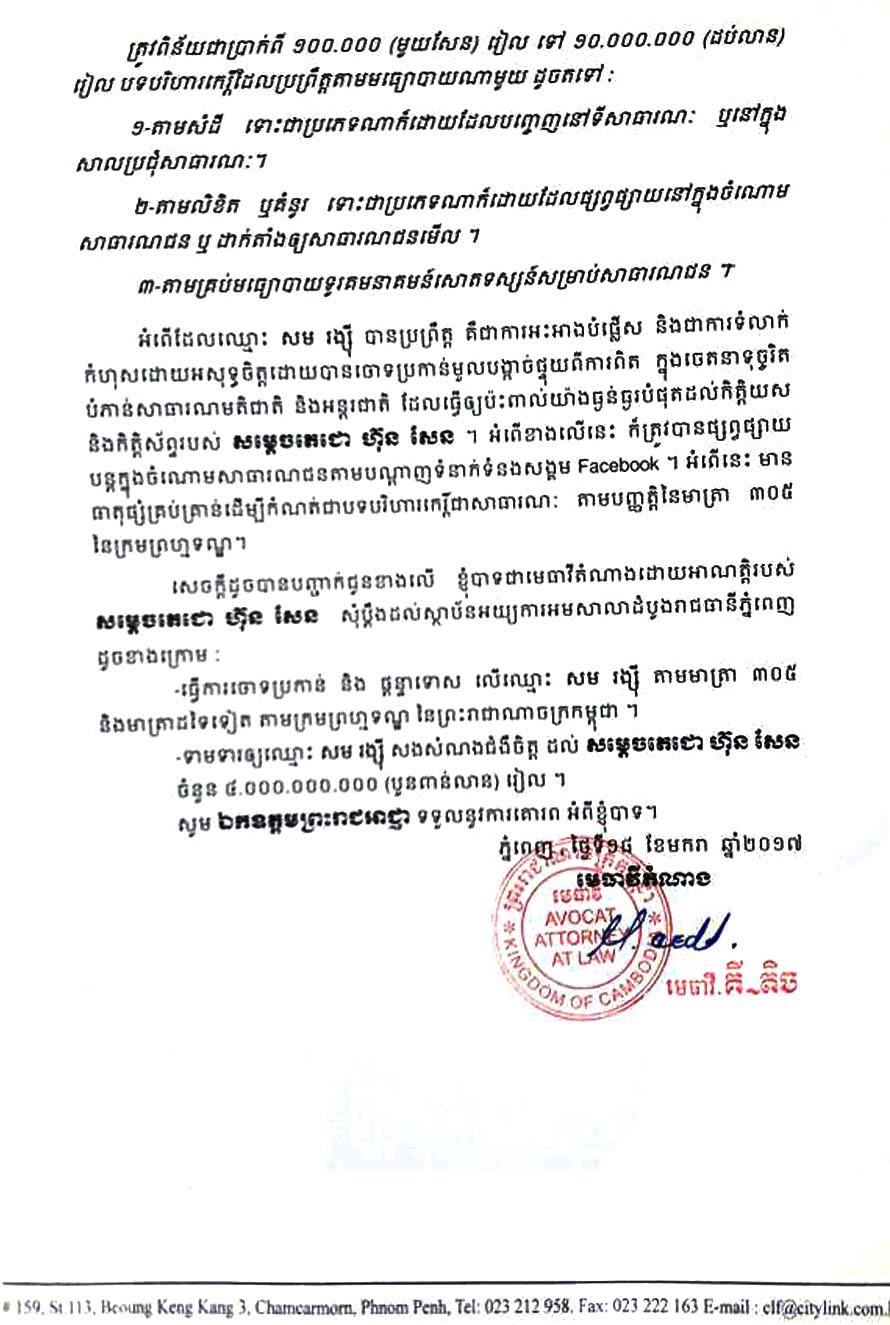 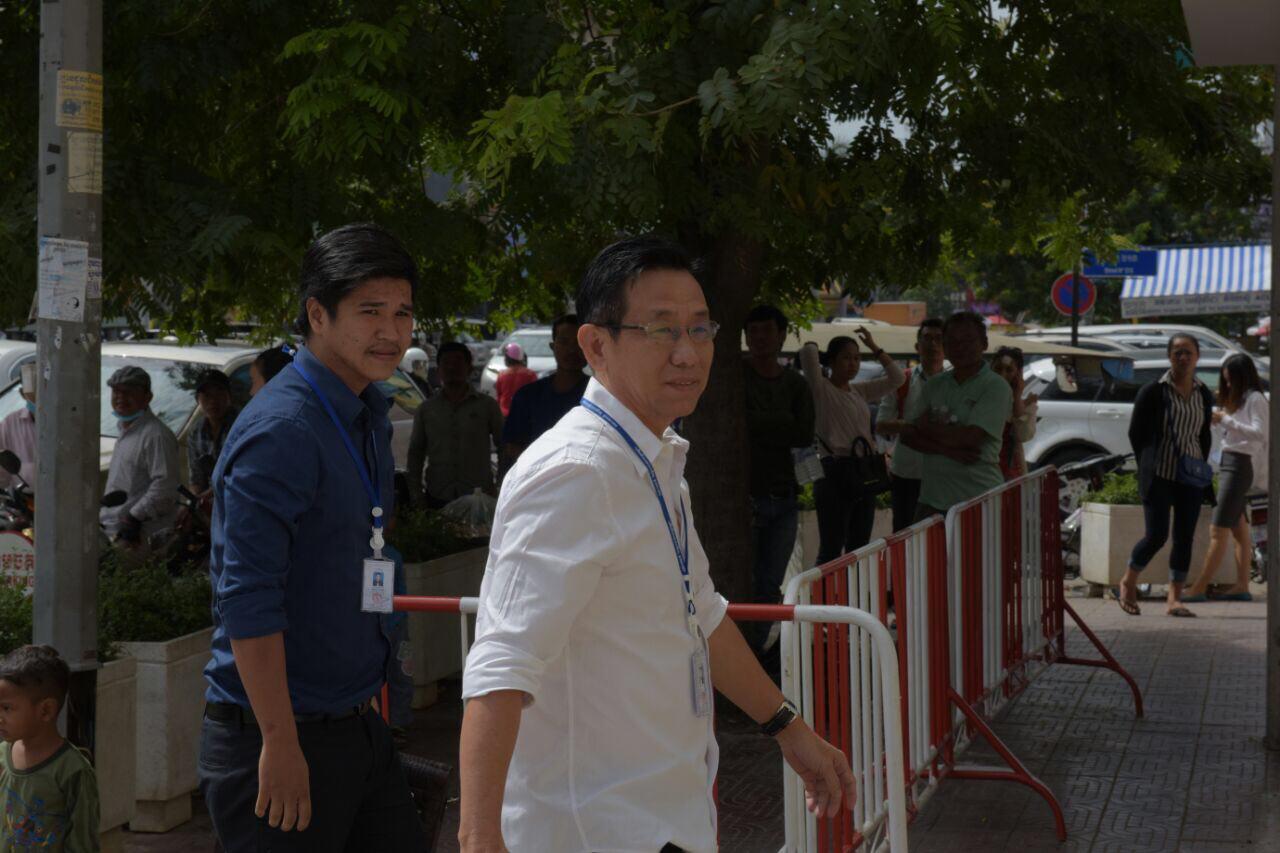