TEHRAN, Jan. 19 (Xinhua) -- At least 30 people were killed in the collapse of a 17-story commercial building in Iranian capital Tehran on Thursday morning, Press TV reported.

The fire started at 8:00 a.m. local time (0430 GMT) on the eighth and ninth floors of the 54-year-old building and soon spread to the upper floors.

It is estimated that 50 to 100 others, including some shop owners and firefighters, remain trapped under the rubbles, the report said.

Residents of adjacent buildings in the neighborhood have been warned to leave the buildings.

The Turkish and British embassies nearby have been evacuated. 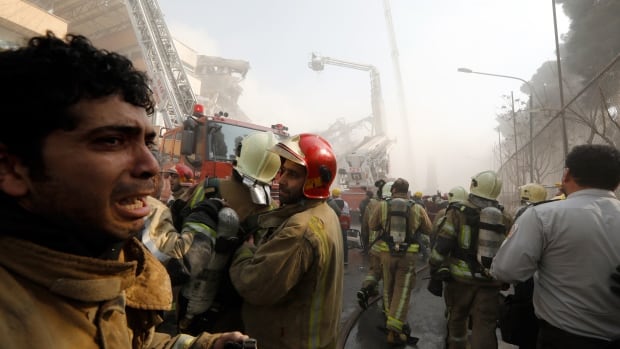