The missile warning exercise will be conducted from Friday to Sunday in waters near the three nations, mobilizing three Aegis-equipped destroyers, the South Korean navy was quoted as saying.

South Korea's Sejong the Great destroyer, a 7,600-ton Aegis-equipped vessel, will be mobilized, together with the 8,800-ton USS Curtis Wilbur and Japan's Kirishima Aegis destroyers.

The exercise to jointly detect and trail DPRK ballistic missiles would the third of its kind since the first was held in June last year near the U.S. island of Hawaii. The second was staged in November.

It is expected to strengthen missile defense (MD) cooperation between the three countries. Seoul and Washington agreed in July last year to deploy a U.S. missile shield, called Terminal High Altitude Area Defense (THAAD), in the former's southeastern region by the end of this year.

The THAAD deployment indicates South Korea in effect becoming a part of the U.S. missile defense system. China and Russia have strongly opposed the installation as its X-band radar can peer into territories of the two nations.

South Korea's News 1 news agency cited the country's navy as saying that during the exercise, the three countries will share simulated military intelligences on missile detection and trail.

The three allies signed a trilateral military pact in December 2014 to share the DPRK's nuclear and missile threats.

South Korea inked the similar military intelligence pact with Japan in November last year despite oppositions from the general public and the parliament.

Participating Aegis destroyers from the United States and Japan are reportedly equipped with SM-3 interceptors that can shoot down incoming missiles at an altitude of over 500 km.

Seoul's military believed that the DPRK can test-launch its ICBM at any time when the leadership decides.

Top DPRK leader Kim Jong Un said in his new year speech that his country had entered a final stage to prepare for the test-fire of a long-range ballistic rocket, indicating the ICBM test-launch in the foreseeable future. 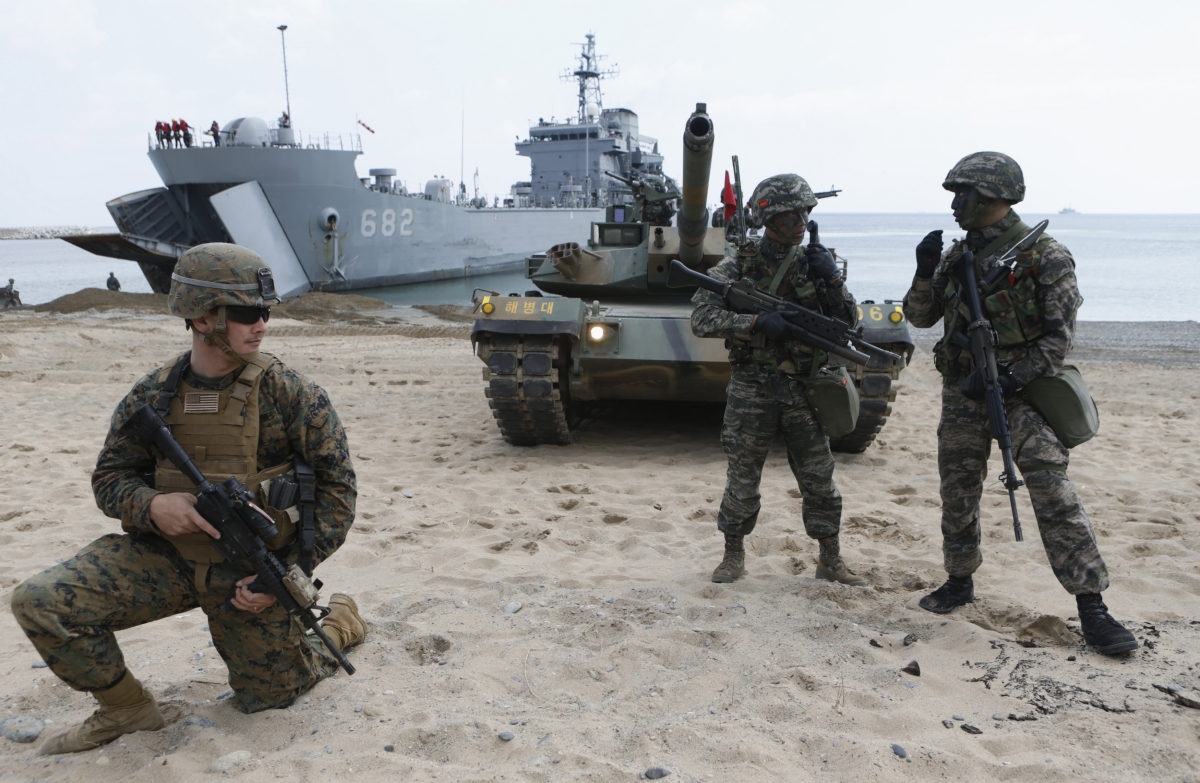