LOS ANGELES, Jan. 29 (Xinhua) — Some 2,000 people blocked the driveway outside the international terminal building of Los Angeles' LAX Airport on Sunday from afternoon to night, in a mass gathering to protest President Donald Trump's "Muslim ban" issued two days ago.

The new policy imposes a 90-day ban on travel to the United States by citizens of seven Muslim-majority countries and a 120-day suspension of the U.S. refugee program, triggering protests across the country this weekend.

Many protesters here waved black placards with only one word "No" and chanted slogans such as "We said no" and "No Trump, no hate."

Some of them sat in line on the driveway and faced off with riot police, blocking traffic into the terminal building until they were persuaded to leave by airport security staff.

So far there were no arrests and police said they had no plan to disperse the demonstrators.

Due to the chaos, lots of passengers missed their flights. LAX authority tweeted at 8 p.m. (0400 GMT Jan. 30) asking passengers to "check flight status with airline if you are flying to or from LAX today."

Sunday afternoon, hundreds of people gathered near the Fresno Yosemite International Airport, which is near the famous Yosemite National Park, 500 km north of Los Angeles, to protest the executive order on immigration.

"This is not our job, nor will I make it our job," Beck said in an interview with the Los Angeles Times. 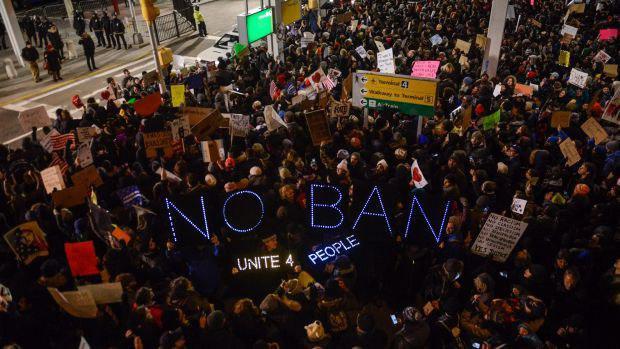 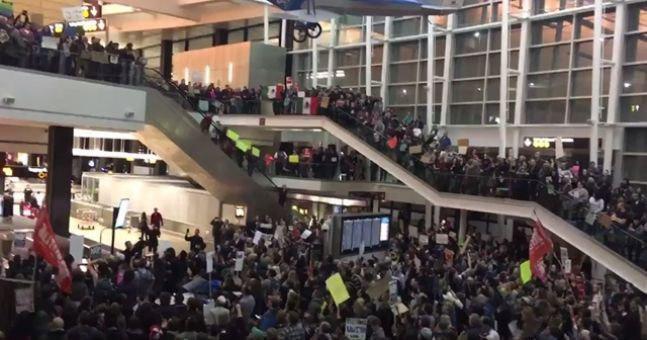