SEOUL, Jan. 31 (Xinhua) -- Former UN chief Ban Ki-moon, who returned to his home country earlier this month, on Tuesday proposed a constitutional amendment before the South Korean presidential election expected to be held earlier than scheduled.

Ban told a press conference at his office in Seoul that he offers to push the constitutional revision before the presidential election by forming a consultative body, comprising representatives from all political parties and factions.

The former UN head, whose second, five-year term terminated at the end of last year, arrived in South Korea on Jan. 12.

He has not officially declared his run for the presidency, but he has been regarded as the best hope in the conservative bloc as support for the ruling Saenuri Party sank with the impeachment of President Park Geun-hye.

Ban, however, had seen his approval rating decline following his comeback to his home country for his mistakes during the so-called "people-friendly" trip across the country and local media speculations about his involvement in a bribery scandal.

Ban is estimated to have proposed the constitutional amendment to combine support from potential presidential candidates in all political camps except for Moon Jae-in, the current frontrunner and former head of the biggest opposition Minjoo Party.

The impeachment of President Park, which was passed in the parliament on Dec. 9, kindled hopes for changes to the presidential power. It increased public support for presidential hopefuls in the opposition bloc.

Ban, a career diplomat who has no experience in the political sphere, is seeking to appeal to the public with his expertise in the diplomatic field.

Under the revised constitution, Ban could serve as a president tasked only with diplomacy and security, together with a prime minister in charge of domestic affairs.

Ban told reporters that the current power structure, under which a president exercises an imperial power, should be changed by revising the constitution, offering to abolish the single, five-year presidential term. He said that the decentralized presidential system would be desirable for South Korea.

The constitutional amendment before the presidential election has been viewed as being almost impossible due to lack of time. An election to replace the impeached leader is widely expected to be held in late April or in May if the constitutional court upholds the impeachment motion.

Under the original schedule, the presidential election is set to be held in December this year.

Ban said the revised constitution can be put to a referendum three months before the early presidential poll.

He added that whether to enter any existing political party or create his own party will be decided as early as possible. 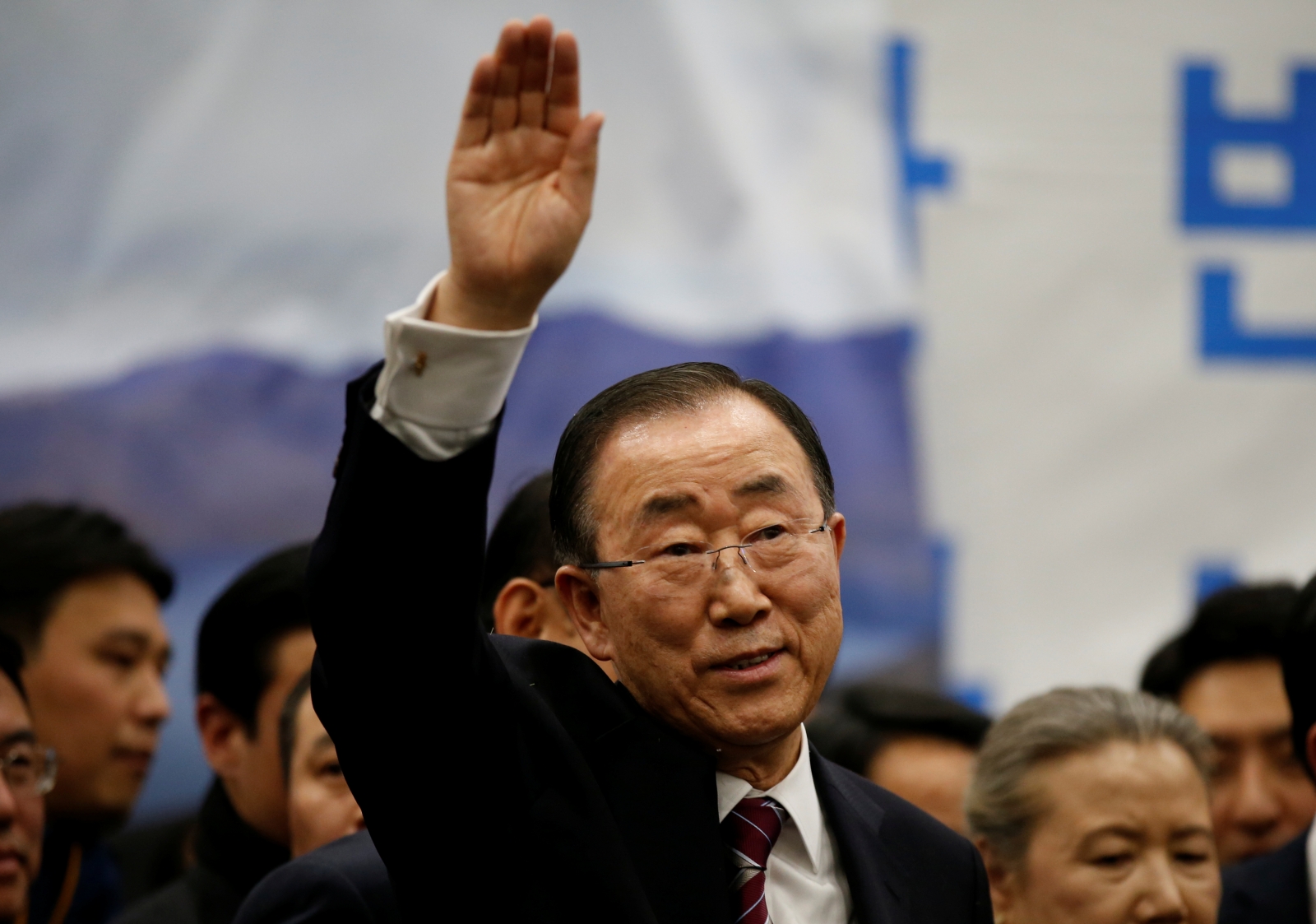