Addressing at the National Assembly, the premier thanked the opposition party for not joining the Extraordinary Parliamentary Meeting this Tuesday morning. He warned Cambodia National Rescue Party (CNRP) not to state that the N.A is a half-operating system just because the opposition party does not participate.

The premier emphasized that Kem Sokha’s “minority leader” title was used to lobby for the release of prisoners and to amend laws that have not yet been implemented.

The article 48 (NEW-III) focused both on “minority leader” and “majority leader”, not just the “minority” one.

The five reasons of the amendment include the wrong interpretation of the internal regulation’s article 48 (NEW-III), violation of court’s jurisdiction, end the culture of “minority” by putting “majority” as a hostile, end the accuse that the ruling party does not want to negotiate, avoid state’s expense on purchasing properties for working groups of minority and majority groups.

He said that “Culture of Dialogue” is still operated under the N.A’s Permanent Committee.

He will request the court to freeze Sam Rainsy’s properties if he is to win $1 million lawsuit he had filed against Sam Rainsy for defamation.

He also planned to enact another law stating that any convicted politician is banned from running or standing as president of a political party.

He also stated that he will review Beoung Kok land cases, with the exceptions of Hong Sokhour and Oum Soman, which are “too intense”.

He warned a scholar who does not understand the law and speaks incorrectly about the Prime Minister. He wanted Kem Sokha to solemnly swear if he does not recognize and fulfill his promises made with Samdech Hun Sen at the last N.A’s meeting in December.
=FRESH NEWS 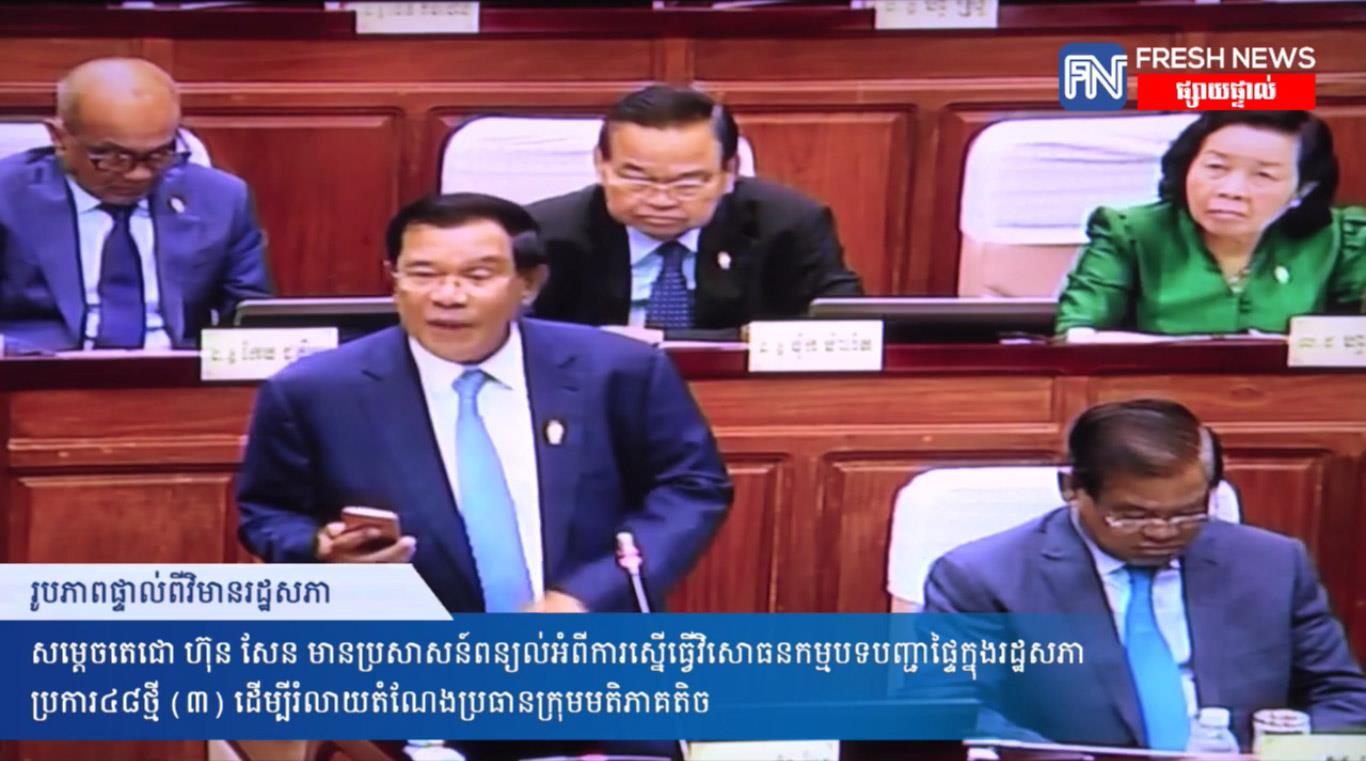