Tillerson was approved to be the top U.S. diplomat in a 56-43 vote, with three democratic and an independent lawmakers joining all Republicans to back him. Democratic Senator Chris Coons skipped the vote.

The confirmation came despite some lawmakers' skepticism over Tillerson's stance towards Russia, given his previous business ties with Russia and relationship with the country's leadership.

Senator Marco Rubio, who had a testy exchange with Tillerson during his confirmation hearing last month, noted that Secretary of State "is the most important cabinet position that the president has to nominate."

"There is so much uncertainty and debate about our role in the world these days," he said, according to news website The Hill. "A lot of our allies have questions. Our adversaries are obviously watching very closely."

At the confirmation hearing, Tillerson, calling Russia a "danger" to the United States, said he favored maintaining U.S. sanctions against Moscow.

"Russia today poses a danger, but it is not unpredictable in advancing its own interests," said Tillerson. "Our NATO allies are right to be alarmed at a resurgent Russia."

He also recommended a "full review" of the nuclear deal with Iran, but he did not call for an outright rejection of the accord.

Following Tillerson's remark, Cui Tiankai, Chinese Ambassador to the U.S., urged "some people" in the United States to be more careful and act in a more responsible way when talking about possible disputes in other people's waters.

Tillerson was widely known for opposing sanctions against Russia in his ExxonMobil corporate life. But he refused to label Russian President Vladimir Putin a war criminal as he had known him since the 1990s and was awarded Order of Friendship in 2013 by Putin. 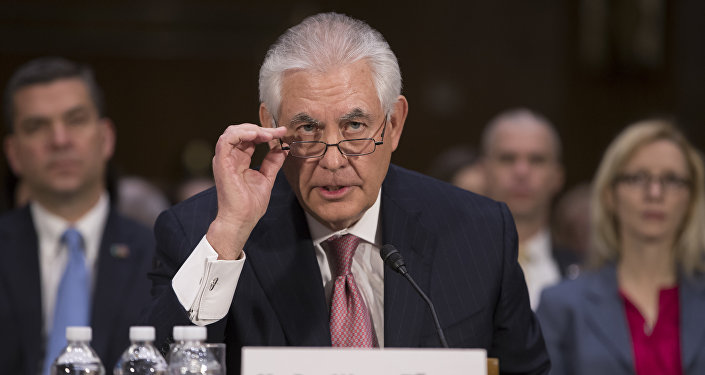