"I am very honored and very proud to have been chosen to be the ambassador to China," Branstad said in an interview with Xinhua. "We want to continue to enhance the relationship and to increase trade between our two countries."

Branstad accepted U.S. President Donald Trump's nomination for the post of U.S. Ambassador to China in December 2016. He will continue to serve as the governor of Iowa before his nomination is confirmed by the Senate Foreign Relations Committee, with confirmation hearings likely to be held in late February or early March.

When asked about the potential challenges he may face in his new position, Branstad said the relationship between China and United States is critically important to both countries and the world as well.

He said there were ups and downs in China- U.S.ties and many challenges remain today, but he will play a constructive role to work out many of the differences with his experience as a long-time friend of China.

"I hope... that I can play a constructive role trying to work out many of these differences in a way that makes it a win-win. It is beneficial to both of our countries, and also benefits the rest of the world" , Branstad said.

Branstad also said he would welcome more Chinese investment in the United States.

"I think we have seen just the tip of the iceberg of the potential investments here," he said, "now we are seeing companies...that have been here for some time, doing business in America. And I think many more Chinese companies will want to do that."

Branstad, 70, is the longest-serving governor in the Unite States, who also has long nurtured a close relationship with China and has visited China multiple times. He served as the governor of Iowa in 1983-1999, and again since 2011. 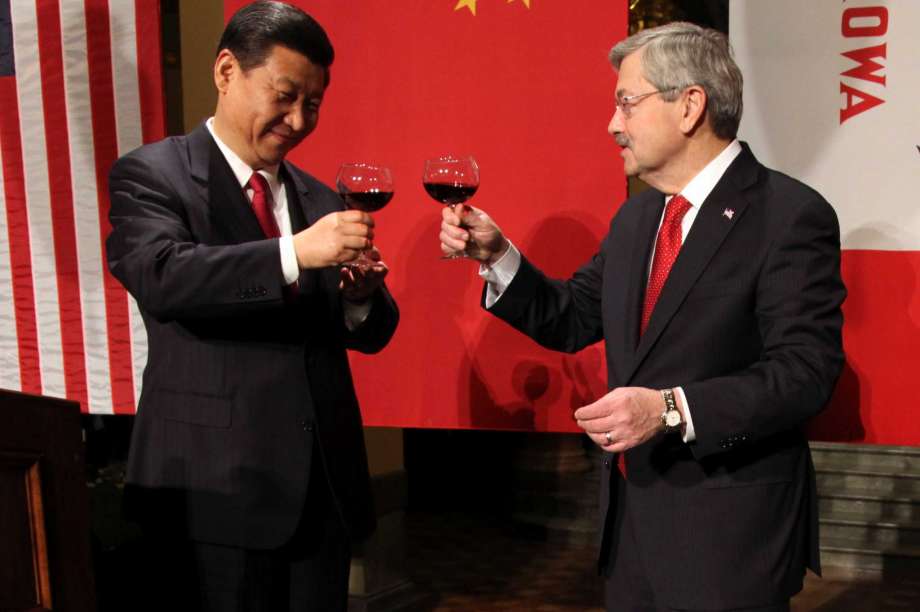