BANGKOK, Feb. 21 (Xinhua) -- Thai Prime Minister Prayut Chan-o-cha Tuesday said on Tuesday that the order to put Thailand's controversial Buddhist temple under military control will not be revoked until the fugitive ex-abbot surrenders.

"I confirm that I won't cancel the order because this case is not yet end and the alleged wrongdoer has yet been brought to justice," said Prayut, who has endorsed an order to arrest the temple's ex-abbot Pra Dhammachayo.

Soldiers and police have surrounded the scandal-hit temple in suburban Bangkok since last Thursday.

The special decree, known as section 44, allows officials to arrest the monk, who is wanted for alleged money laundering, land encroachment and accepting embezzled funds worth 33 million dollars.

The 72-year-old monk, who always claims to be in bad health, has never been brought to court. He has reportedly been fleeing from the temple before the police's besiege.

Attempts to raid the temple's 1,000-acre compound were thwarted after thousands of its devotees defended their spiritual leader.

Scuffles broke out on the fifth day of the operation as the temple's supporters and monks erected barriers, and stopped police from entering its compound, which left several people injured. 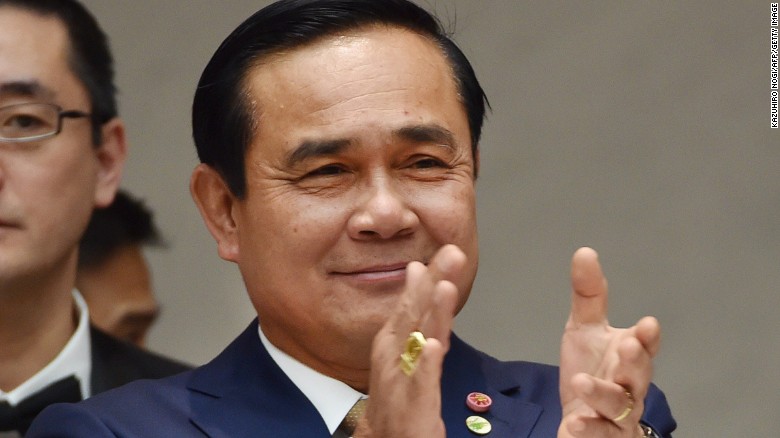