BEIJING, Feb. 22 (Xinhua) -- Peaceful development of cross-Strait relations is the fundamental guarantee of peace and stability across the Taiwan Strait, while "Taiwan independence" secessionist forces and their activities are the biggest threat, a Chinese mainland spokesperson said Wednesday.

Commenting on the recent Taiwan military drill which simulated a "decapitation strike" by the mainland, An Fengshan with the State Council Taiwan Affairs Office said at a press conference, "If you are not seeking 'Taiwan independence,' what should you be afraid of?"

The mainland has been committed to safeguarding peaceful development of cross-Strait relations and peace and stability across the Strait, he said. "We are promoting our national defense and military development for the sake of the security of our sovereignty and territorial integrity."

An called on the Taiwan authorities to understand the situation clearly, and get back to the basis of the 1992 Consensus, which acknowledges that both sides across the Taiwan Strait belong to one China.

"Only by doing so can the peaceful development of cross-Strait relations be maintained," An said. 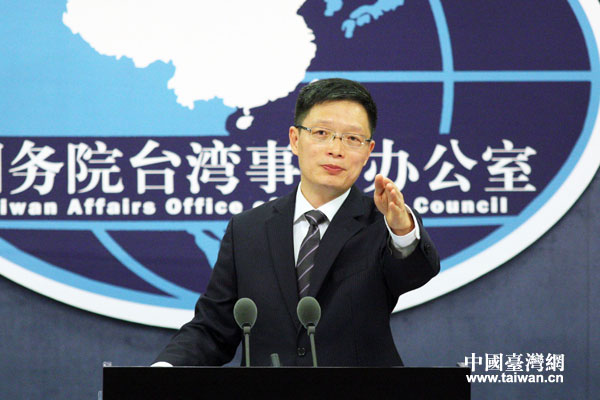