KUALA LUMPUR, Feb. 22 (Xinhua) -- The embassy of the Democratic People's Republic of Korea (DPRK) in Kuala Lumpur on Wednesday demanded Malaysian authorities to release three suspects still held in connection with the death of its citizen.

Malaysian police had detained a total of four suspects following the death of the 46-year-old man on Feb. 13 after being attacked by two women at a Kuala Lumpur airport, but later released one of them, a male from Malaysia.

The other three suspects still in custody are the two women, holding vietnam and Indonesian passports repectively, and a man from the DPRK who reportedly is working in Malaysia.

In its third statement on the case, the DPRK embasssy described the female suspects from Vietnam and Indonesia as "innocent".

It again cast doubt on the investigation carried out by Malaysian police, accusing Malaysia of "insulting the sovereignty of DPRK."

The statement rebuffed Malaysian national police chief Khalid Abu Bakar's saying that the suspects knew they were using toxin, asking "how is it possible that these female suspects could be alive after the incident."

The statement marked a further escalation in the row between Malaysia and DPRK, with the Malaysian government already recalling its ambassador in Pyongyang.

Earlier on Wednesday, Khalid said the Malaysian police are seeking to question an official attached to the DPRK embassy and a staff from Air Koryo, a DPRK national carrier.

"We have requested the embassy to hand them over for investigation," Khalid told a press conference in Kuala Lumpur, adding that police would compel them to come forward, including issuing arrest warrants should the request not be met.

The police are also looking for another DPRK man who is believed to be related to the case.

Police have also identified four other men from the DPRK , who they believe had left Malaysia on the same day of the death of the man and now are back in their country.

Khalid reiterated that DNA test would be needed to identify the victim, before the body could be released. The police have made request to the DPRK embassy to find the family.

"No family members have come over to identify the deceased and assist our investigation," he said.

Malaysian police earlier said the family were given two weeks to come over to identify the body.

The death of the man has made global headlines and triggered a diplomatic spat between Malaysia and DPRK. DPRK's ambassador has accused Malaysia of "having political aims" behind the investigation. Malaysia retorted that any suggestion that the country was colluding with any foreign government is "deeply insulting".

The man died on the way from a Malaysian airport to hospital. Malaysian police identified him as Kim Chol from the DPRK. Deputy Prime Minister Ahmad Zahid Hamidi said embassy documents showed the man was Kim Jong Nam, half-brother of the DPRK top leader Kim Jong Un, but that was denied by the DPRK ambassador. 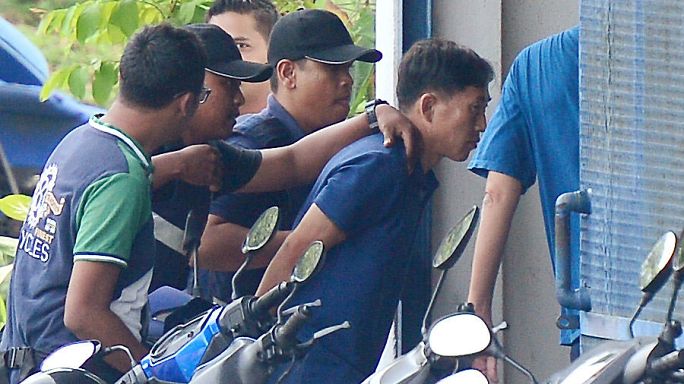