Phnom Penh (FN), Feb 22 – On Wednesday afternoon, the Ministry of Foreign Affairs and International Cooperation of Cambodia (MoFA) reacted toward the US's Statement on the political parties’ law amendment, which disappointed the government of Cambodia.

According to MoFA's press release, the statement is as follows:

The Royal Government of Cambodia is deeply disappointed to see an inappropriate reaction from the United States of America with regard to the amendments of the Law on Political Party by the National Assembly of the Kingdom of Cambodia.

Cambodia undertook the amendments of the Law on Political Party based on the principles laid in its Constitution. From a legal perspective, the amended law applies indiscriminately to every political party and bears all the basic requirements that any democratic country should adhere to.

Nothing in the amended Law is threatening the fabric of a multi-party system set up by the Constitution. As in all democratic countries, the amended law is aimed at preventing abuses that are not in accordance with fundamental democratic principles such as incitation to racial hate, defamation, destruction of the social fabric of the nation. It is the inviolable duty of the Royal Government to protect the sanctity of its existing institutions.

In a similar matter related to the Law on Associations and Non-Governmental Organizations, the United States is criticising the Royal Government of Cambodia based merely on groundless suspicions rather than on sound and well-reasoned factual justifications, to which the Royal Government finds it not acceptable.

In the recent past the United States has expressed concerns about foreign intervention in its own election. In a similar vein, Cambodia is also concerned about foreign interference, which is not just a possibility but already an obvious fact.

We call on the US Administration to respect international principles of non-interference and national sovereignty and to refrain from interfering in the internal affairs of Cambodia.

Cambodia’s democracy is based on the will of Cambodian people and not on the preferences of any foreign government. The Royal Government of Cambodia cannot accept any interference nor any intrusion into its domestic affairs, under any direct and indirect forms or pretenses and it shall take all relevant and necessary measures to bring an end to such interference and any other act that runs counter to the Cambodian Institution and Laws.
=FRESH NEWS 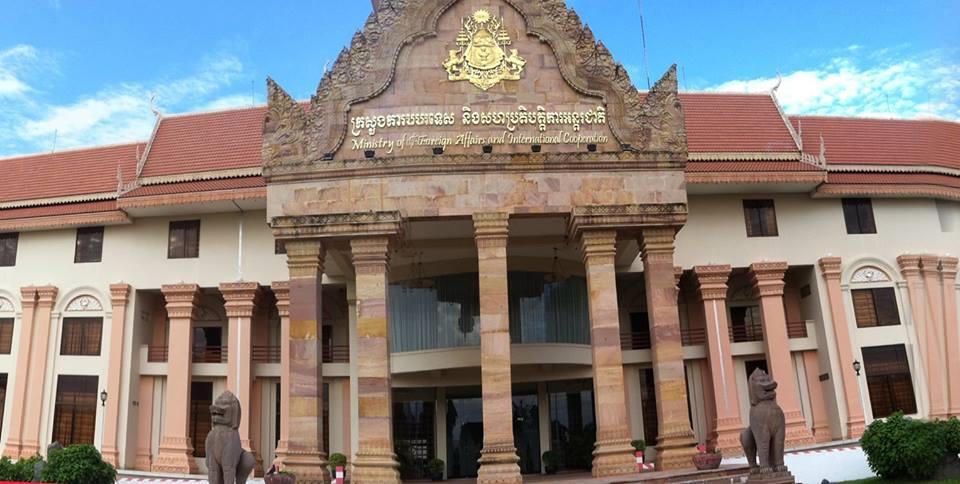 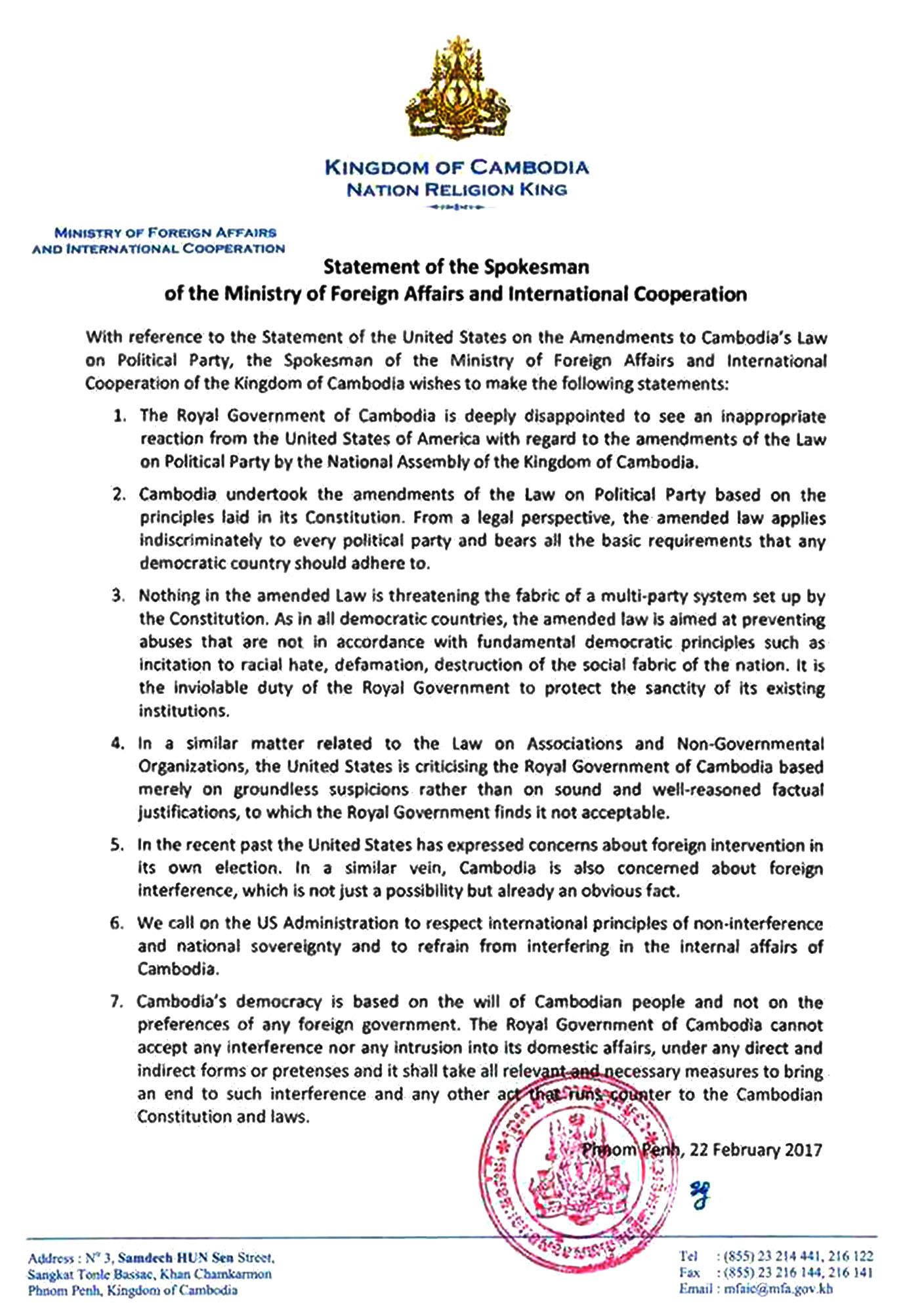