MOSUL, Iraq, Feb. 23 (Xinhua) -- Iraqi security forces on Thursday started an assault to retake the Mosul international airport and a military base nearby from Islamic State (IS) militants, the military said.

Federal police and elite Interior Ministry units, known as Rapid Response, started in the morning a new push into Mosul airport, the military said in a statement.

The attacks Thursday came as Iraqi security forces advance toward the fringes of the western side of Mosul to drive out IS militants from their last major stronghold in Iraq.

Three days ago, federal police and CTS forces freed the hill of Albu Saif, just south of Mosul airport, after clashes with IS militants.

The recapture of the strategic hill of Albu Saif is crucial for the Iraqi forces, as the area will give the troops the ability to command IS positions in the southern neighborhoods and inside the airport, which is located on Mosul's southern outskirts.

Iraqi Prime Minister Haider al-Abadi, who is also the commander-in-chief of the armed forces, announced on Sunday the start of an offensive to drive extremist militants out of the western side of Mosul, locally known as the right bank of Tigris River, which bisects the city.

Late in January, Abadi declared the liberation of the eastern side of Mosul, or the left bank of Tigris, after more than 100 days of fighting against IS militants.

However, the western side of Mosul, with its narrow streets and a population of between 750,000 and 800,000, appears to be a bigger challenge to the Iraqi forces.

Mosul, 400 km north of the Iraqi capital of Baghdad, has been under IS control since June 2014, when Iraqi government forces abandoned their weapons and fled, enabling IS militants to take control of parts of Iraq's northern and western regions. 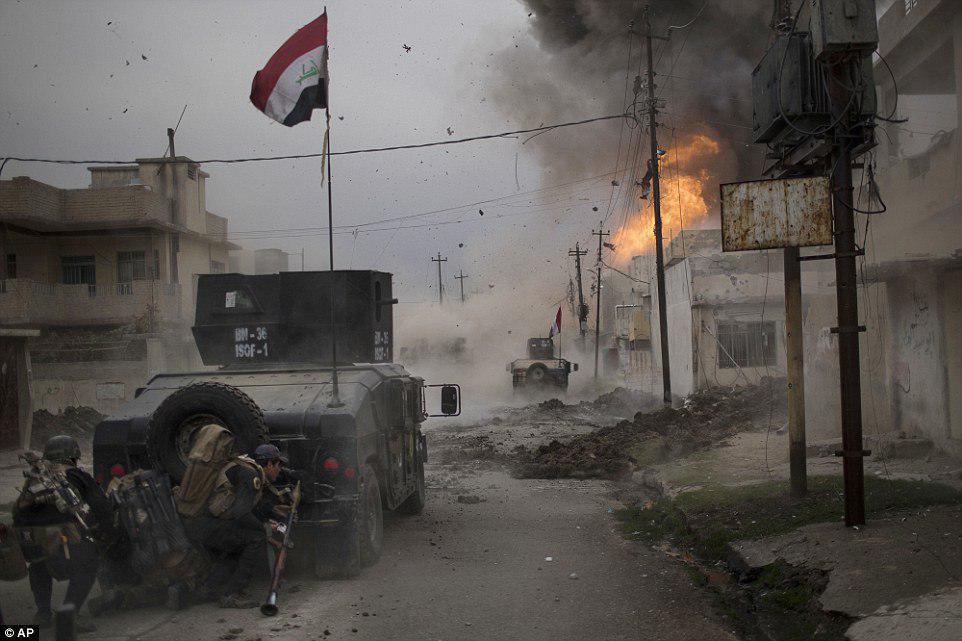