Phnom Penh (FN), Feb 24 – Cambodia and Laos have unanimously agreed not interfere in the South China Sea issue, according to a statement released Friday by Ministry of Foreign Affairs (MoFA).

Both parties also encouraged other ASEAN Member States to solve the conflict peacefully, it added.

The agreement was reached during a recent state visit of Laos’s president Bounnhang Vorachith to Cambodia from Feb. 22-23, 2017.

“Regarding the South China Sea issue, both parties encourage relevant parties to solve issues in a peaceful means including negotiation, dialogue, patience, with the absence of force in accordance to the globally international law which includes United Nations Convention on the Law of the Sea (UNCLOS)”, the statement said.

The South China Sea is an area in chronic conflict between China and the other four ASEAN Member States including: the Philippines, Brunei, Vietnam, and Malaysia. Tensions have risen since China created an artificial island used for military exercises. 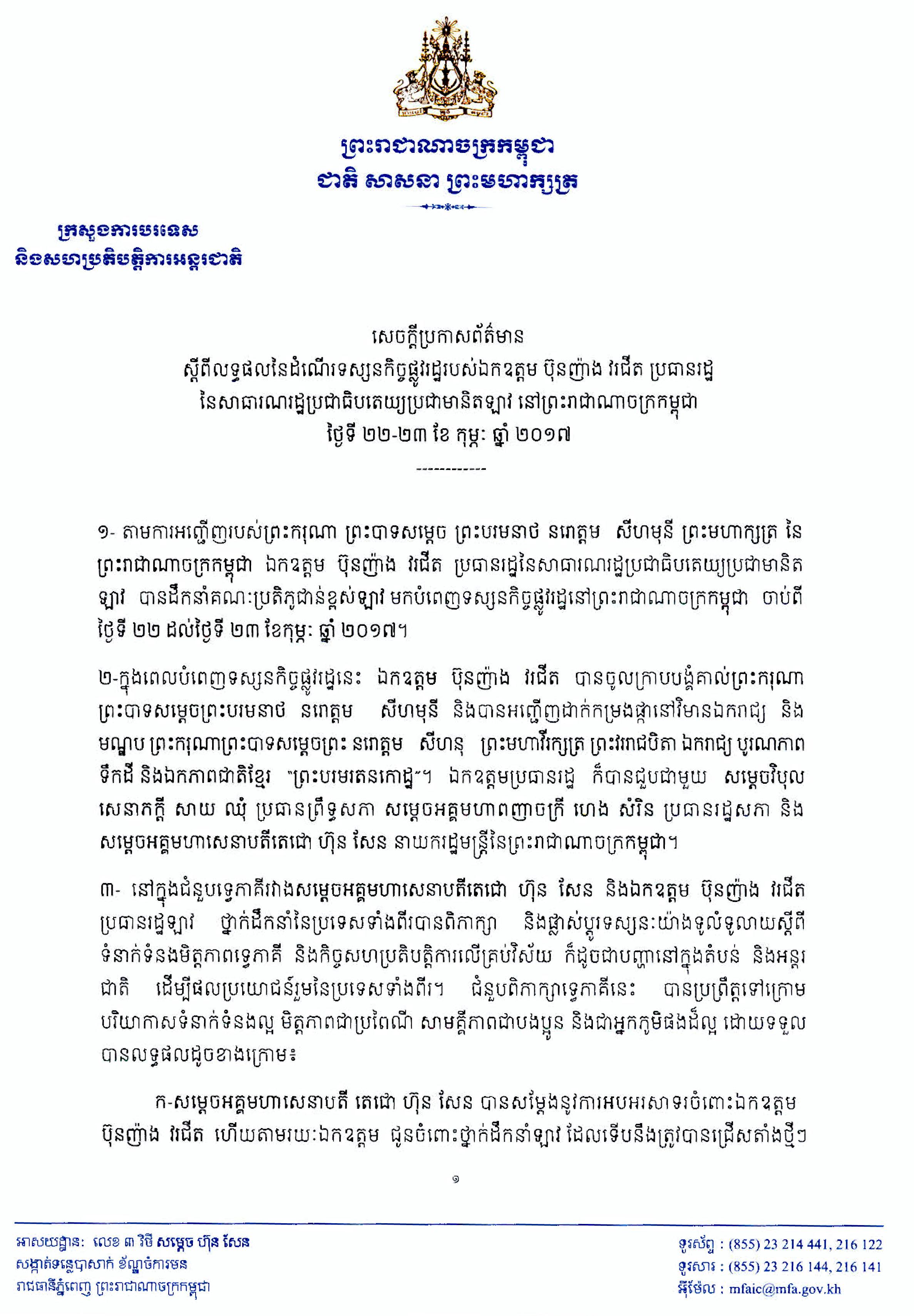 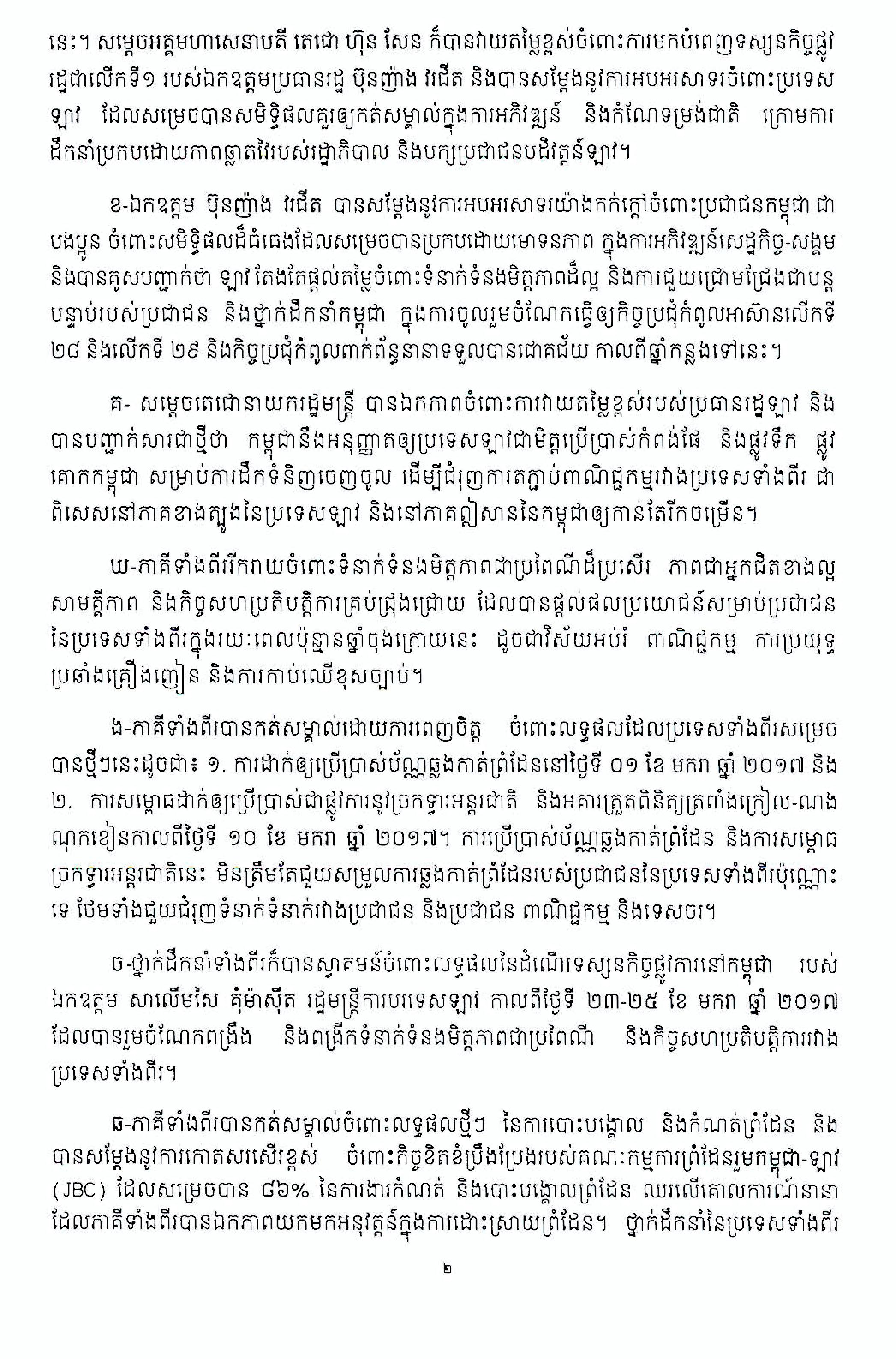