MANILA, March 9 (Xinhua) -- Philippine President Rodrigo Duterte is to name an acting foreign minister on Thursday, after the Commission on Appointment (CA) rejected the appointment of Foreign Secretary Perfecto Yasay over citizenship issue.

Yasay failed to get the nod of the powerful commission whose members questioned the top diplomat's eligibility following reports he was a U.S. citizen in possession of a U.S. passport.

Yasay has denied legally applying for a U.S. citizenship in past hearings. But during Wednesday's final committee hearing, Yasay apologized for "having inadvertently misled the commission" on the citizenship issue.

"It has never been my intention to deceive this commission about this citizenship status. Simply put, I did not lose my status as a Filipino," Yasay told the commission.

Whoever Duterte names as acting foreign minister will only serve until May.

Duterte is expected to appoint his former running mate in the last presidential elections, Sen. Peter Cayetano, as permanent foreign secretary. Duterte has promised Cayetano the post even when before he appointed Yasay to the post shortly after assuming office in June last year. 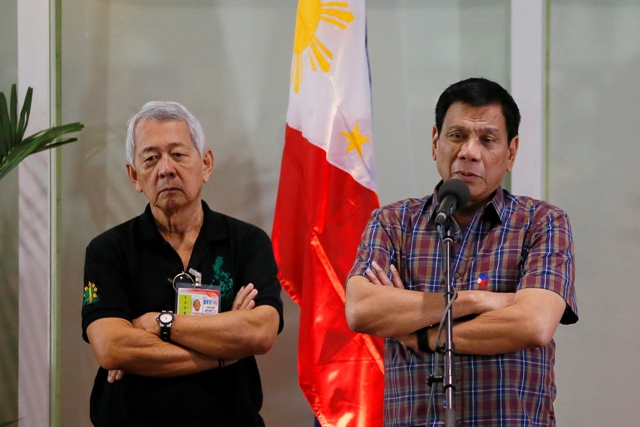