"Manalo is an excellent transition man, and has been on top of many crucial issues together with (Yasay)," Abella said.

In a memorandum sent to Manalo, acting Executive Secretary Menardo Guevara said: "Upon the instruction of the President and for the purpose of ensuring the continuous and effective delivery of public service, you are hereby designated as Acting Secretary of the Department of Foreign Affairs until a permanent replacement is appointed or until otherwise directed by the Office."

Manalo is one of the most experienced diplomats of the Philippine foreign service. He served as deputy foreign secretary for policy in the Department of Foreign Affairs from 2007 to 2010.

Yasay failed to get the nod of the powerful commission whose members questioned the top diplomat's eligibility following reports he was a U.S. citizen in possession of a U.S. passport.

Yasay has denied legally applying for a U.S. citizenship in past hearings. But during Wednesday's final committee hearing, Yasay apologized for "having inadvertently misled the commission" on the citizenship issue.

"It has never been my intention to deceive this commission about this citizenship status. Simply put, I did not lose my status as a Filipino," Yasay told the commission.

Manalo will remain acting foreign minister until May or June.

Duterte is expected to appoint his former running mate in the last presidential election, Sen. Peter Cayetano, as permanent foreign secretary. Duterte has promised Cayetano the post even before he appointed Yasay to the post shortly after assuming office in June last year. 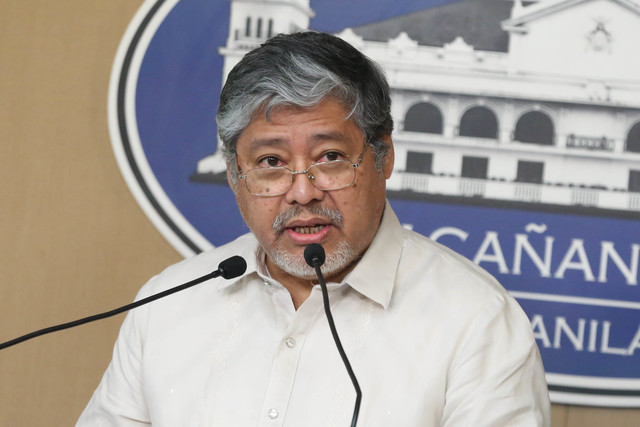