TIKRIT, Iraq, March 9 (Xinhua) -- Up to 26 people were killed and 24 others wounded in an overnight attack by two suicide bombers at a wedding in Iraq's northern central province of Salahudin, a provincial security source said on Thursday.

The attacks occurred on Wednesday night when two suicide bombers wearing explosive vests detonated themselves at a crowded wedding party in a village in Hajjaj area, some 185 km north of the Iraqi capital of Baghdad, the source told Xinhua on condition of anonymity.

A third suicide bomber tried to enter the scene of the two explosions, but he was killed after his explosive vest prematurely detonated, the source said, adding that many of wounded people are in critical condition.

No group has so far claimed responsibility for the attacks, but the Islamic State (IS) militant group, in most cases, had been behind such deadly suicide attacks targeting crowded markets, cafes and mosques, across Iraq.

The predominately Sunni Arab province of Salahudin has been the scene of a major offensive by Iraqi security forces and allied paramilitary Hashd Shaabi units, which managed to retake control of the province from the hands of IS militants who seized large part of it in June 2014.

The attacks came as Iraqi security forces, backed by an international anti-IS coalition, are carrying out a major offensive to drive out IS militants from their major stronghold in the western side of Mosul in northern Iraq. 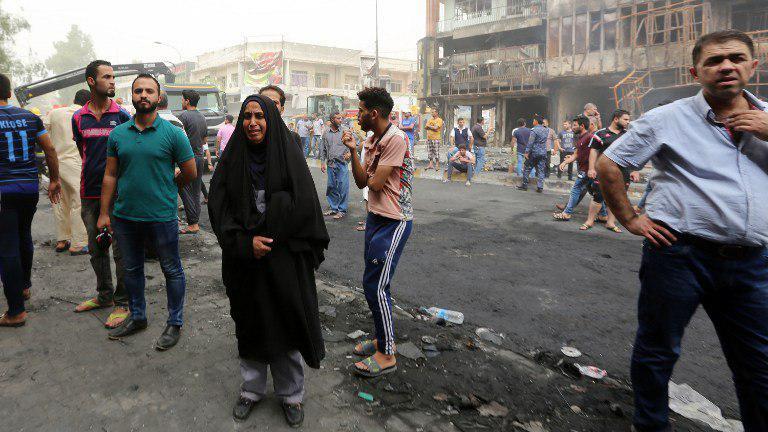