Park, who had been sworn in as the country's first female president in February 2013, was dishonorably forced to leave her office and became the first elected leader to be ousted, with her five-year presidency unfinished.

She took office as the 18th president four years ago, after winning over a majority of vote in the December 2012 presidential election.

In her early presidency, Park, 65, looked an unassailable icon among conservative voters as she reminded them of her father Park Chung-hee, an assassinated military strongman who was worshipped by right-leaning voters as a leader who sped up industrialization.

Park was born in 1952 as the first child of Park Chung-hee. In 1963, the 11-year-old Park moved into Chong Wa Dae with her father. She served as the "first lady" for five years after her mother was killed in a 1974 assassination attempt on elder Park. She was forced to leave the presidential office after her father was assassinated in 1979.

In 1997, Park returned to politics, joining the Grand National Party (GNP), predecessor of the ruling Liberty Korea Party, and was elected a lawmaker a year later. She acted as deputy chief and chief of the GNP.

Following the aborted attempt in 2007 to become the GNP's presidential candidate, she was picked as the party's candidate for the 2012 presidential election with a landslide victory in primary.

On her campaign trail, she built an image of a candidate free from nepotism and corruption scandals surrounding the first families, saying she has no family member left to care about as she is unmarried and has no children.

The image has been broken apart since the corruption scandal embroiling Park and her longtime confidante Choi Soon-sil emerged in October last year.

Anger and disappointment was vented on Park as she allowed Choi, a private citizen having no public position, to meddle in state affairs from the shadow and influence the appointment of government officials for personal gains.

Lee Jae-yong, an heir apparent of Samsung Group, the country's largest family-controlled conglomerate, has been taken into custody for his alleged involvement in bribery, becoming the first chief in Samsung's 79-year history to be detained. It was reminiscent of the deep-rooted collusive links between politicians and businessmen.

Prosecutors branded Park as a criminal accomplice to Choi for multiple charges, and her approval rating plunged to 5 percent in early November, the lowest for any South Korean leader.

People took to the streets to demand Park's impeachment and immediate resignation, with the Dec. 3 candlelight vigil drawing 2.32 million protesters across the country, the largest ever in history.

Fury exploded on the streets as dissatisfactions amassed with Park's stubborn push for policies without sufficient communications with the parliament and the general public.

Park reached a "final and irreversible" agreement with Japan on comfort women, a euphemism for Korean women who were forced or lured into sexual slavery for Japanese military brothels before and during World War . She pushed for the state-owned history textbook, stoking condemnation that she tries to beautify her father's military dictatorship.

Park was under harsh criticism for her bungling of rescue operations in the 2014 Sewol ferry disaster that claimed over 300 lives, mostly high school students on a school trip to the Jeju Island. In 2015, failures to deal with the Middle East Respiratory Syndrome (MERS) made South Korea the most MERS-contagious country outside Saudi Arabia.

With the repeated policy failures and miscommunications with the public, the motion to impeach Park was passed on Dec. 9 in the National Assembly. About three months later, the constitutional court ruled to permanently force her out from office. 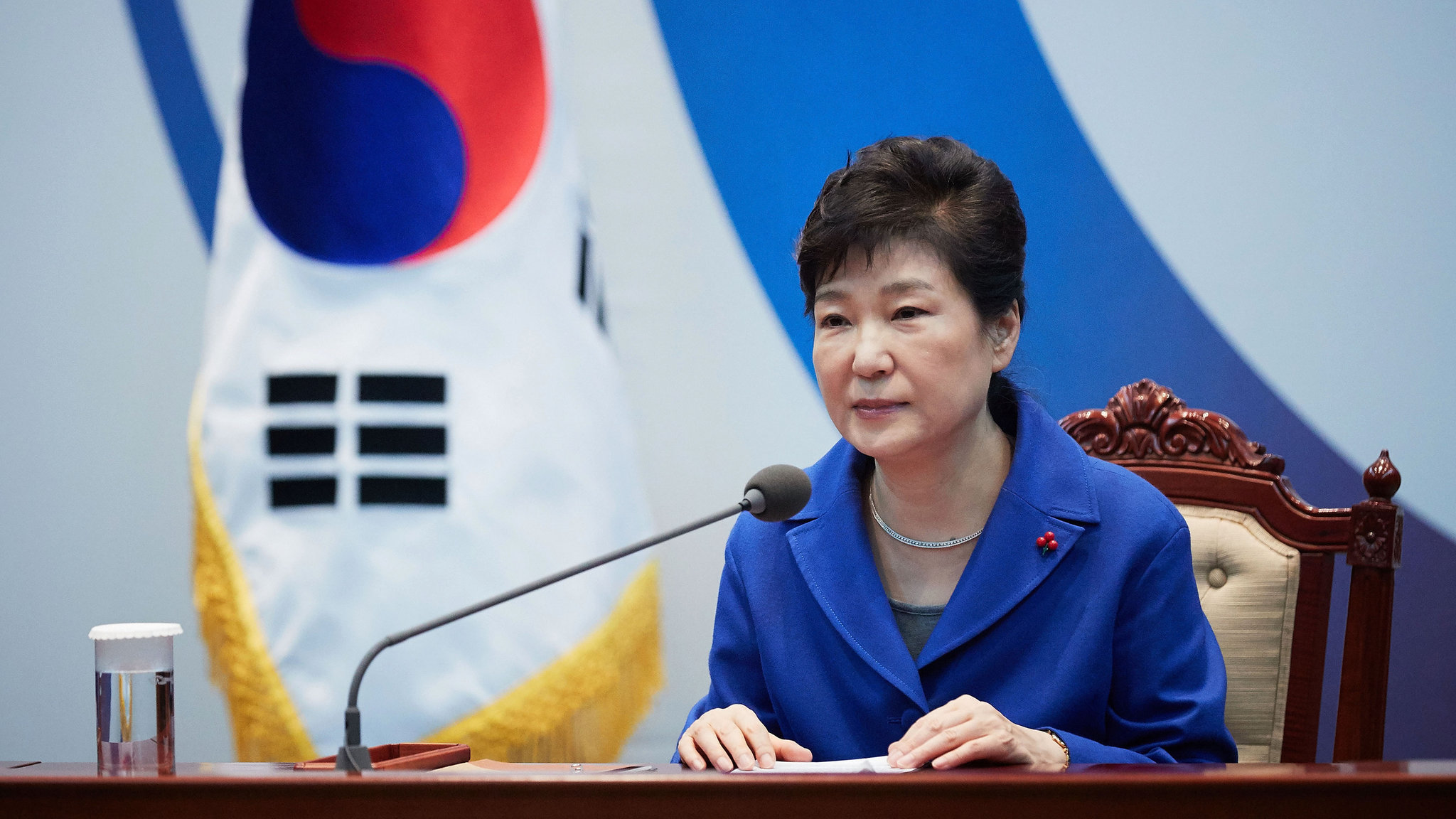