WENCHANG, Hainan, March 11 (Xinhua) -- A Long March-7 Y2 carrier rocket arrived at a launch center in south China on Saturday in preparation for the launch of China's first cargo spacecraft next month.

After about a week of ocean and rail transport, the carrier rocket arrived at Wenchang, Hainan, where it will undergo assembly and testing prior to the April launch of China's first cargo spacecraft Tianzhou-1, said China's manned space engineering office.

Tianzhou-1 is expected to dock with the orbiting Tiangong-2 space lab three times and conduct propellent refueling in orbit as well as other space experiments before falling back to earth. Tiangong-2 will remain in orbit and continue its experiments.

The Long March-7 Y2 is a medium-sized rocket that can carry up to 13.5 tonnes to low-Earth orbit. It is able to carry cargo spacecraft and man-made satellites. It made its maiden flight in June 2016.

The launch of Tianzhou-1 will complete the second phase of the country's manned space program, a crucial step for China in building a space station by 2020. 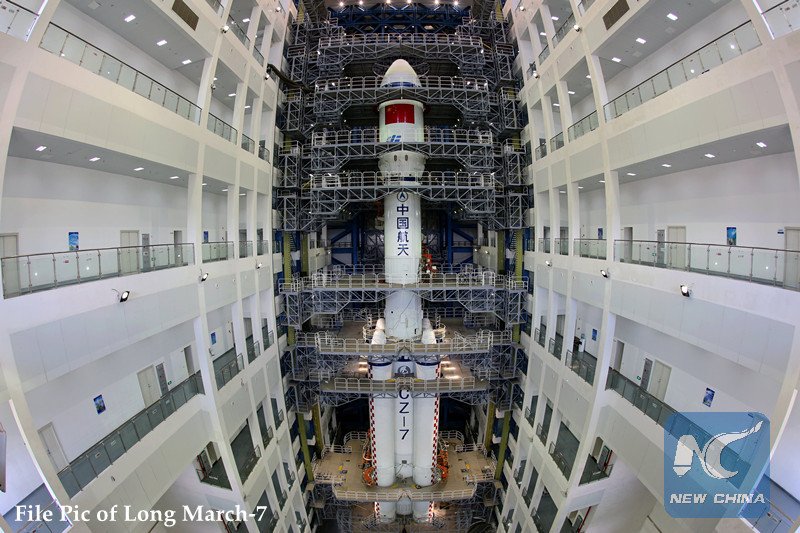