Phnom Penh (FN), June 4 - Commune Council Election was held Sunday throughout Cambodia, with millions of voters casting ballots, a test of party support ahead of next year's national elections.

After voting ended at 22,148 polling stations across the nation that were opened from 7 a.m. to 3 p.m., the ruling Cambodian People's Party led by Prime Minister Hun Sen claimed that it had won 1,163 of the 1,646 commune council head chief posts.

According to the National Election Committee, voter turnout was 85.74 percent, or 6.7 million of the 7.8 million Cambodians who had registered to vote, compared to about 65 percent in the 2012 local elections.

Twelve political parties fielded candidates in the elections for 11,572 seats in 1,646 commune councils.

A more complete preliminary result is expected to be announced later in the day, while the official result will be announced no later than June 25, according to NEC. 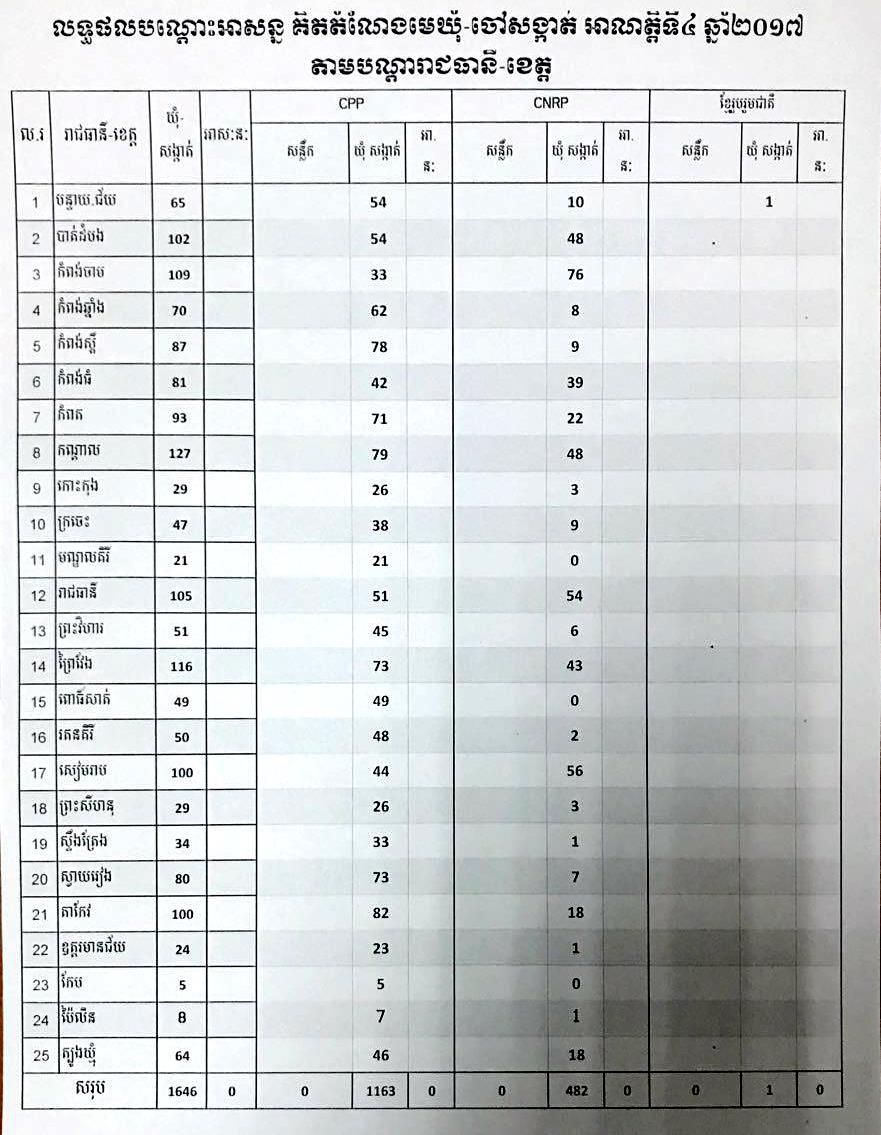