Sam Rainsy: I Will Return When All Obstacles Are Cleared

Phnom Penh (FN), June 15 - Former president of the Cambodia National Rescue Party (CNRP) claimed that he will return to Cambodia when he has access to safe return and freedom of movement.

The claim was made on twitter Thursday night following the government's letter on lifting the ban of his return.

"When all obstacles to my safe return and freedom of movement are cleared, I will return to #Cambodia. #SamRainsy", read Rainsy's twitter.

“The government has decided to nullify the Council of Ministers (CoM)’s letter No. 151 dated October 12, 2016 regarding the ban on the return of Sam Rainsy, former president of Cambodia National Rescue Party”, read the letter addressed to Neth Savoeun, National Police Chief of Cambodia and Sok Phal, Director-General of the Department of Immigration.

The CoM's previous letter informed the General Department of Immigration to take precautionary measures to prevent Sam Rainsy from returning to the country by instructing officials, including civil aviation officials, airline companies in Cambodian, the customs border and all the airports.

According to Eng Chhay Eang, the CNRP confirmed that Rainsy will return to Cambodia before the election in 2018, however, there is no clear schedule yet.
=FRESH NEWS 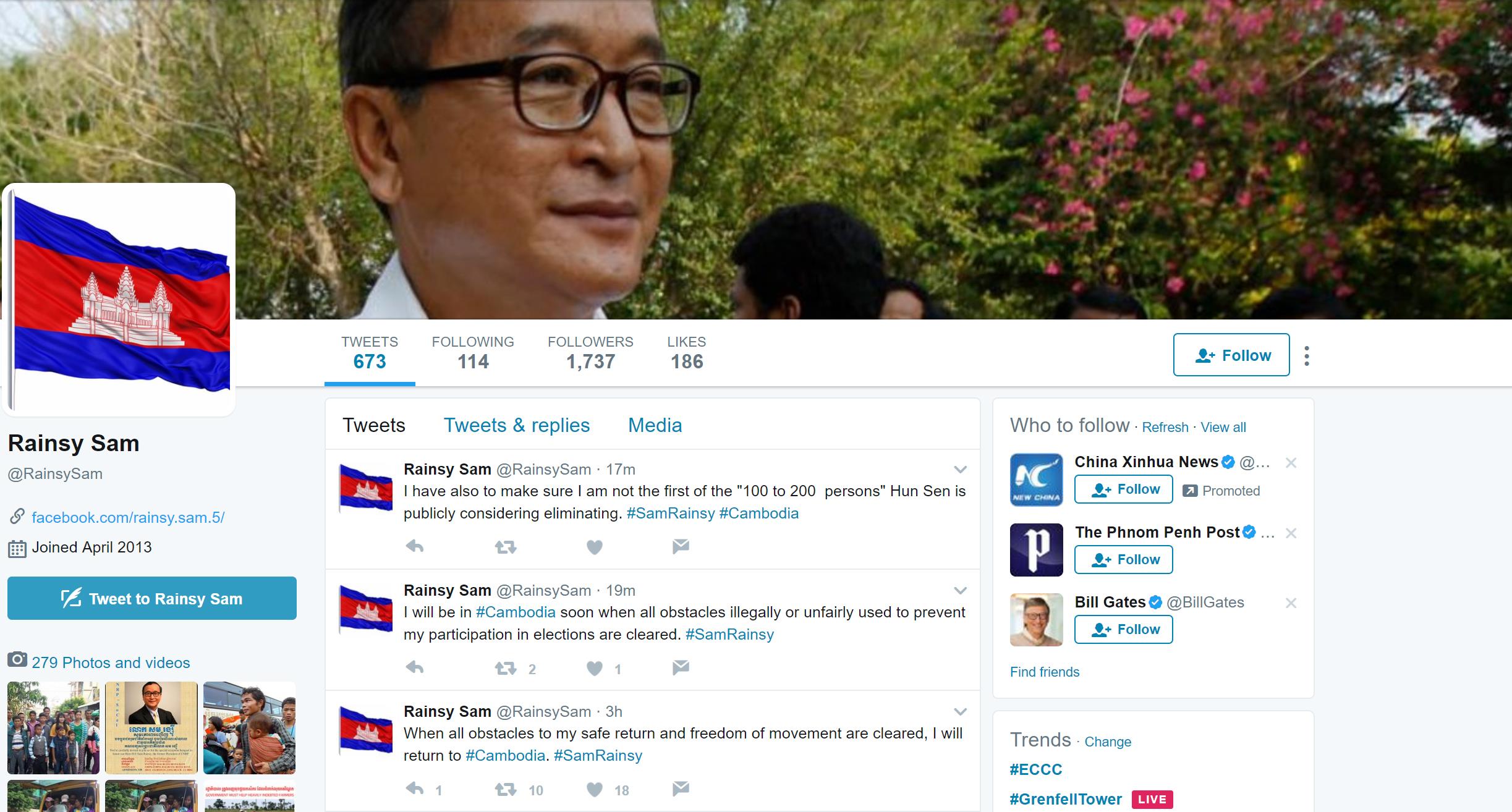