Saudi Arabia, Bahrain, the United Arab Emirates and Egypt, the four Arab states that have severed ties with Qatar over alleged support for terrorism, have issued a list of 13 demands to end rift with Doha including closing Al-Jazeera television and cutting diplomatic ties with Iran.

Tillerson said in a statement issued on Sunday that "while some of the elements will be very difficult for Qatar to meet, there are significant areas which provide a basis for ongoing dialogue leading to resolution."

He called on the relevant countries to "sit together and continue this conversation," adding that "each country involved has something to contribute to that effort."

Qatar is a key U.S. ally in the fight against the Islamic State group and the U.S. military base in the country is one of the largest in the Middle East.

On Tuesday, Tillerson also met with Kuwait's Minister of State for Cabinet Affairs Sheikh Mohammad Abdullah Al-Sabah. Kuwait is acting as a mediator to end the worst Gulf crisis in years. 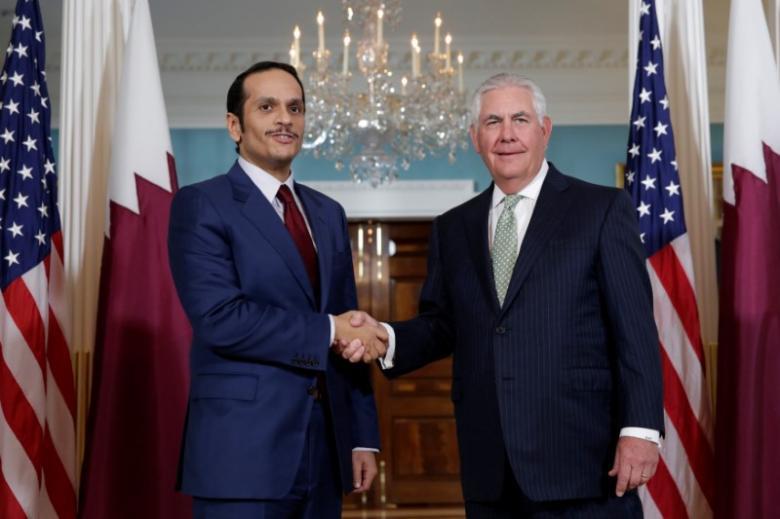