Xi made the remarks upon his arrival at the Hong Kong International Airport for a three-day trip. He will attend celebrations marking the 20th anniversary of Hong Kong's return to the motherland and the inauguration of the HKSAR's fifth-term government. He will also inspect the SAR.

Speaking to reporters at the airport, the president said his Hong Kong tour would serve to express best wishes for the HKSAR, showcase the central government's support for Hong Kong, and help the region plan its future.

"I'm pleased to have set foot in Hong Kong once again after nine years," Xi said. "Hong Kong's development has always pulled at my heartstrings."

Xi congratulated the HKSAR on the great achievements it has made over the past 20 years since its establishment, and encouraged the HKSAR to create new glory.

The central government, which has offered strong backing for Hong Kong in the past 20 years, will as always support the HKSAR in growing its economy and improving people's wellbeing, Xi said.

He also said he would join people from all walks of life in Hong Kong to review the SAR's extraordinary 20-year journey, sum up its experience and plan the future to ensure the smooth and long-term successful practice of the "one country, two systems" policy.

This is Xi's first trip to Hong Kong as Chinese president.

Hong Kong will mark the 20th anniversary of its return to the motherland on July 1.

According to Xi, this would be an important as well as joyous occasion for both the country and Hong Kong.

The president said he was looking forward to experiencing in person new changes Hong Kong had undergone over the years.

"I believe that through the series of events to be staged in Hong Kong, our determination and confidence in developing and building a better Hong Kong will surely be enhanced," he said. 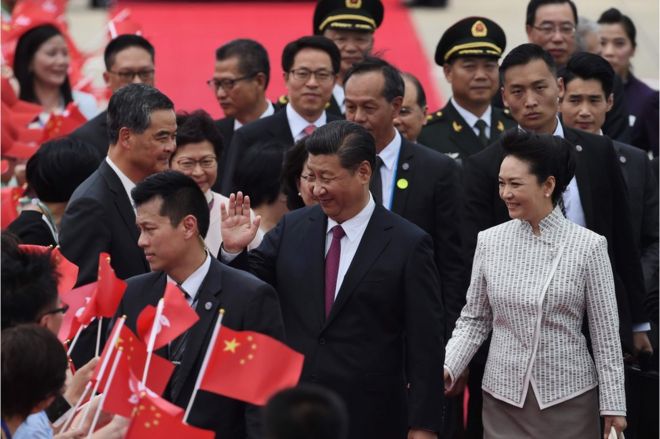