The U.S. Embassy in Phnom Penh welcomed the legal decision and that the decision reduces the burden on the defendants.

“The U.S. Embassy in Phnom Penh welcomes the release on bail of current and former officials from the Cambodian human rights non-governmental organization ADHOC," according to the embassy’s statement released on Friday.

"This legal decision will reduce the burden on the defendants and their families as they address the charges that have been filed against them,” the statement added.

Taing Sunlay, president of Phnom Penh Municipal Court said the five charged including Ny Chakriya, deputy Secretary General of NEC were released on bail and they got out of prison after 7:20 pm on Thursday.

The other four ADHOC staff include Yi Sok Sann and Nai Vonda, who are vice directors of ADHOC and Lim Mony, senior ADHOC official.

They were all charged with bribery to a witness that involved in a sex scandal of Kem Sokha, president of opposition Cambodia National Rescue Party.

Phnom Penh Municipal Court spokesman, Y Rin, confirmed that these people were temporarily released and that the court proceedings would continue. 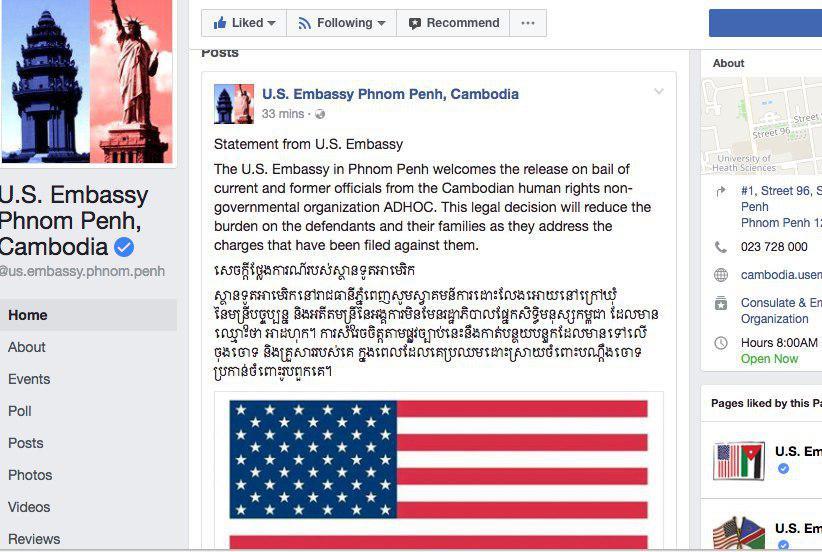