WASHINGTON, June 29 (Xinhua) -- The U.S. State Department said Thursday that it has began implementing a revised version of President Donald Trump's travel restriction policy, after it was given a partial green light by the Supreme Court earlier this week.

The new travel ban restricts people from six Muslim-majority countries from entering the United States for 90 days and all refugees for 120 days, unless they can prove a "bona fide" relationship with close relatives or entities like a school or business in the United States, the U.S. Supreme Court announced Monday. The six countries are Syria, Sudan, Somalia, Libya, Iran and Yemen.

More specifically, those close connections includes a parent, spouse, fiance or fiancee, sibling, child, adult son or daughter, son-in-law, daughter-in-law, step-siblings and other step-family members already in the country, according to the State Department.

However, some family ties are excluded from the "bona fide" relationships, including grandparents and grandchildren, as well as aunts and uncles.

"These need to be formal, documented and formed in the ordinary course of events, rather than to evade the executive order itself," the State Department said in regard to the close relationships within the United States.

The adjusted version of Trump's controversial and harshly criticized temporary travel ban came after more than five months since it was first announced on January 27, which instantly sparked shock and anger all over the world.

The first travel restriction banned visitors from seven Muslim-majority countries, including Iraq and the six countries listed in the current travel ban, which Trump called as a counterterrorism measure.

The ban was later blocked nationwide by U.S. District Court Judge James Robart on February 5, and fell into long-time legal battles in the country. 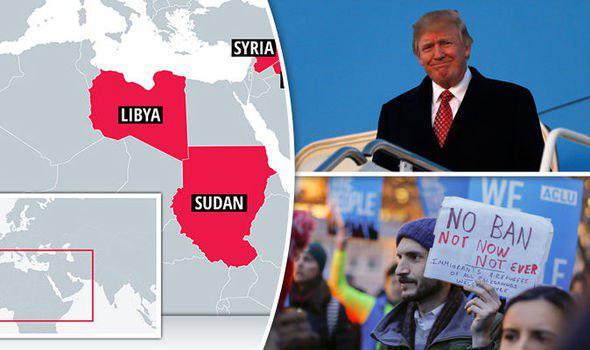