Trump Jr. published the email records in four scanned documents on twitter, saying: "In order to be totally transparent, I am releasing the entire email chain of my emails with Rob Goldstone about the meeting on June 9, 2016."

The records started with an email sent out on June 6, from Rob Goldstone, a publicist, to Trump Jr. The message was titled "Russia-Clinton-private and confidential."

In the email, Goldstone asked Trump Jr. when he was free to speak to someone "about this Hillary info," to which Trump Jr. said: "I love it."

Goldstone then asked when Trump Jr. would meet with a "Russian government attorney."

In later exchanges, the two men eventually hammered out the details of the June 9 meeting that would include Trump Jr., Goldstone, then Trump campaign manager Paul Manafort, Trump's son-in-law Jared Kushner and the Russia lawyer, Natalia Veselnitskaya.

In an interview with U.S. media, Veselnitskaya denied any links with the Russian government.

Trump Jr. reportedly released the emails after the New York Times claimed to have obtained them.

In a daily press briefing, White House spokeswoman Sarah Sanders declined to answer any questions related to the emails, but read a statement from Trump, saying that Trump Jr. was a man "of high quality" and that he applaud his son's transparency.

Trump later tweeted that his son "is a great person who loves our country!"

The controversy around the emails and the meeting between Trump Jr. and the Russian lawyer are the latest episode in a long-running fight between the Trump administration and its opponents over whether the Trump campaign had colluded with the Russian government during last year's presidential campaign. 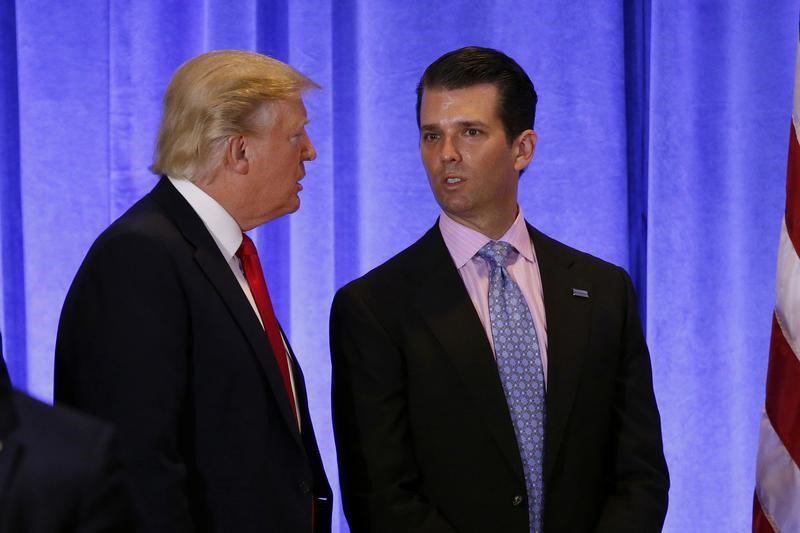