She was charged with incitement under Article 494, 495 of the Criminal Code, a violation that carries a sentence of six months to 2 years imprisonment and fines from $250 to $1,000, according to prosecutor Sieng Sok on Thursday.
=FRESH NEWS 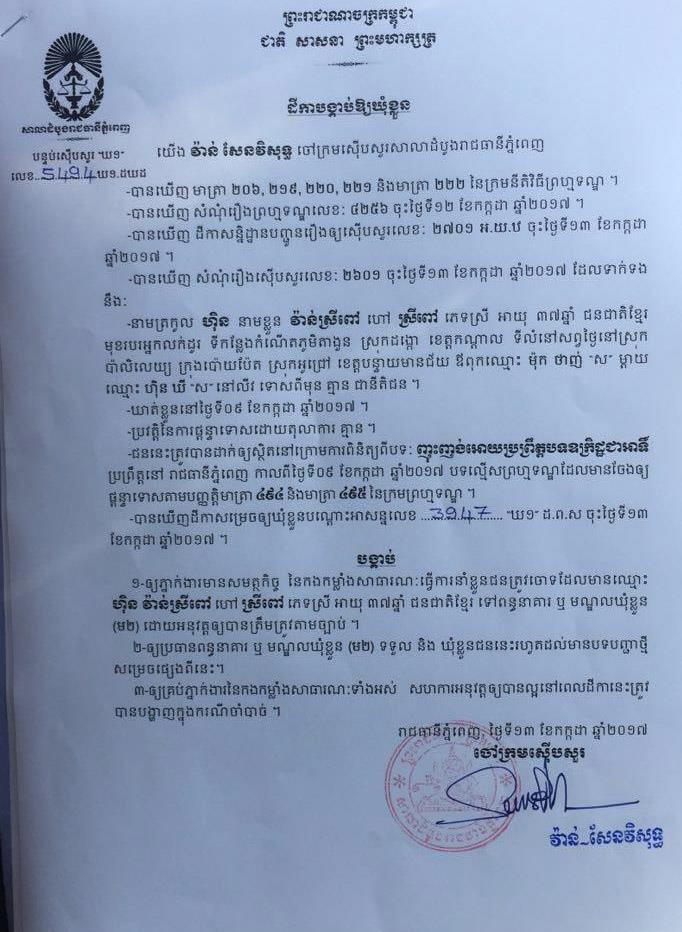 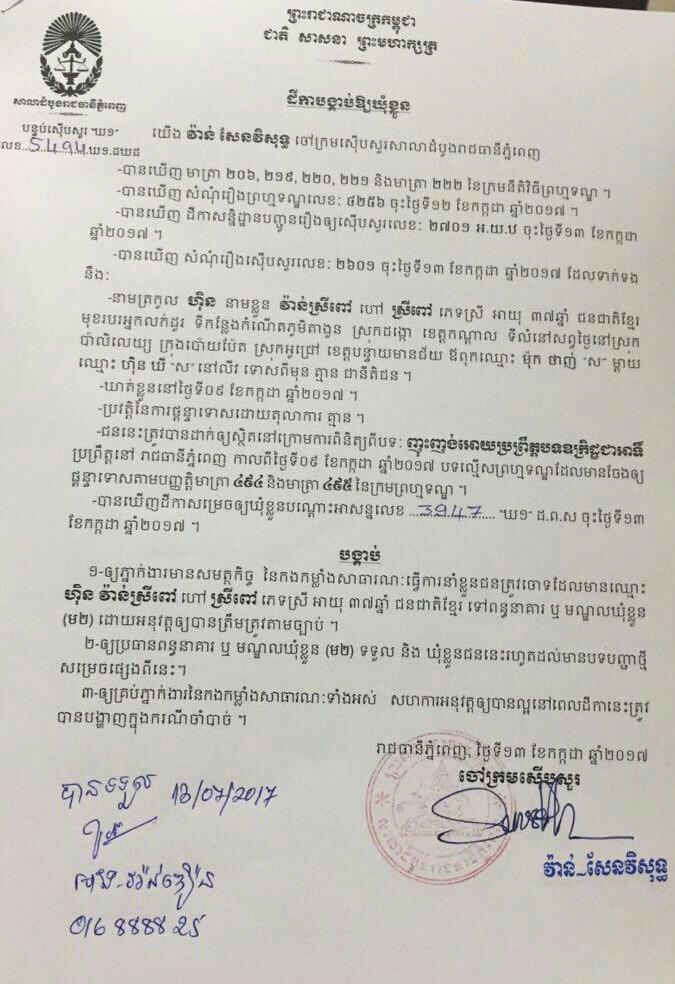 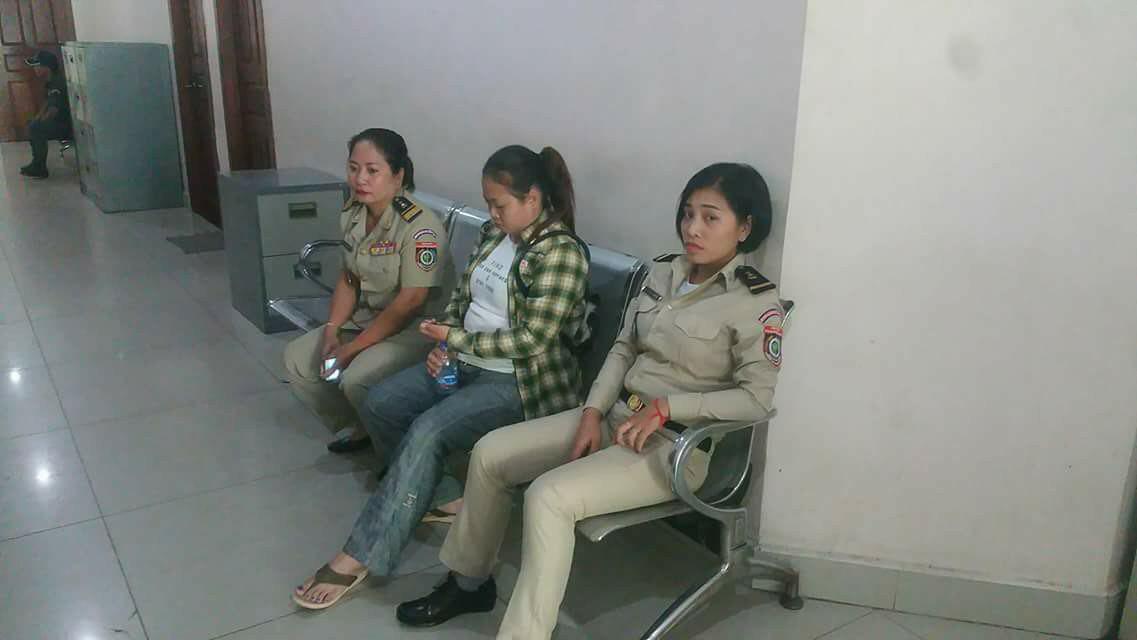