Cambodia to Produce Oil in 2019

Phnom Penh (FN), August 23 - The Royal Government of Cambodia (RGC) and KrisEnergy Corporation jointly signed agreement for offshore oil development in Block A of the Cambodian maritime zone, located in the Gulf of Thailand, with an area of 3,083 square km.

According to KrisEnergy, Cambodia will produce the first drop of crude oil in early 2019. Under the agreement, RGC owns 5% of the shares, while KrisEnergy holds 95%.

KrisEnergy expected to produce 30 million barrels of crude oil in the first phase in the period of 9 years.

“The Apsara oil field will be the first oil well in Cambodia. RGC will benefit from tax and 5% share of the revenue,” said Kelvin Tang, CEO of KrisEnergy.

“The revenues from the oil sector will contribute to socio-economic development, focusing on four major areas, including roads, water, electricity, and people,” said Aun Pornmoniroth, Minister of Economy and Finance.

“Cambodia will not depend solely on oil and gas as the economic source, but will reform on economic structure to ensure the sustainable growth in the medium and long term,” the minister added.
=FRESH NEWS 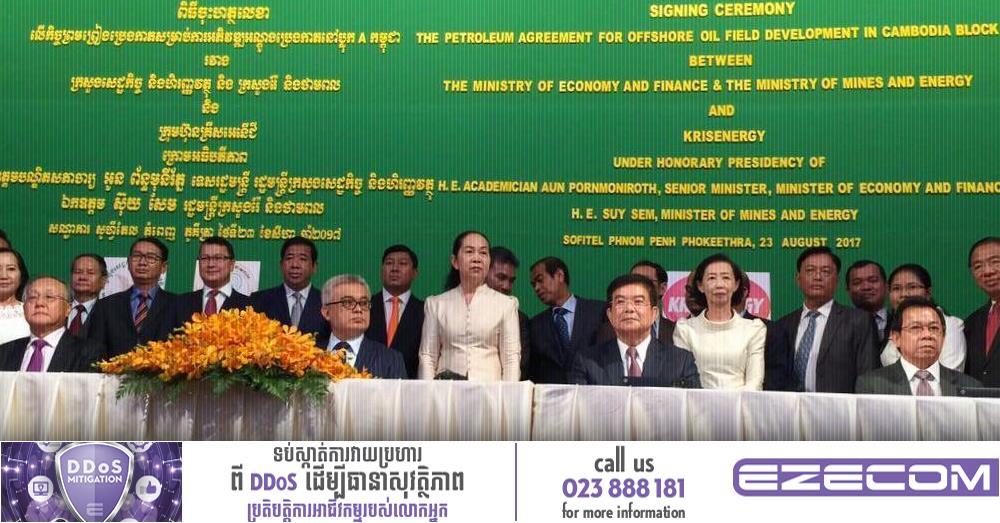 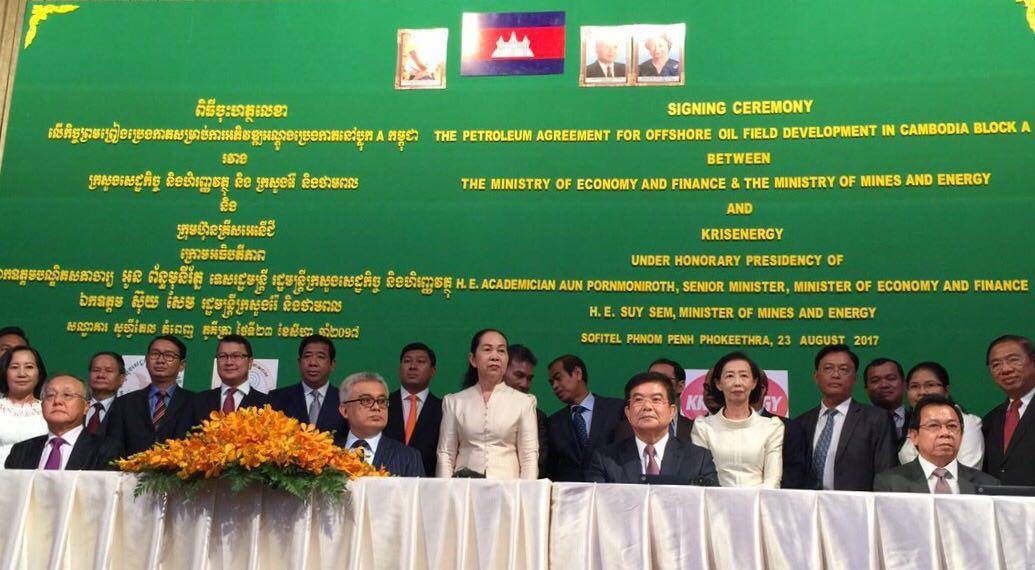 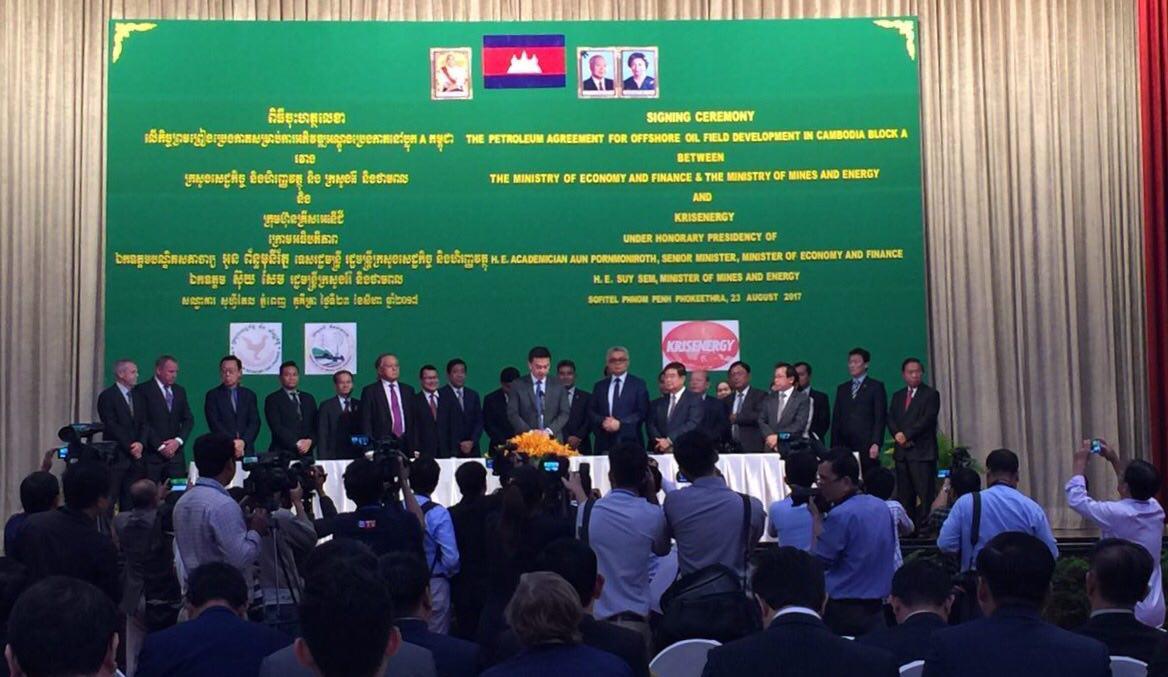