The mainland earthquake monitoring center put the scale of the quake at 6.7-magnitude.

By 7:10 a.m., rescuers saved 127 people from a 17-storey collapsed building in Tainan, among which 29 were hospitalized. About 200 people are believed to have been living inside the high-rise building.

A 10-day baby girl and a 40-year-old man lost signs of life, according to local media report.

The earthquake hit Kaohsiung of Taiwan at a depth of 15 kilometers at 3:57 a.m. Beijing Time on Saturday, according to China Earthquake Networks Center. The epicenter was monitored at 22.94 degrees north latitude and 120.54 degrees east longitude.

According to the island's weather and earthquake monitoring agency, the earthquake, measuring 6.4 on the Richter scale and with a depth of 16.7 kilometers, was centered about 27 km northeast of Pingtung county seat. 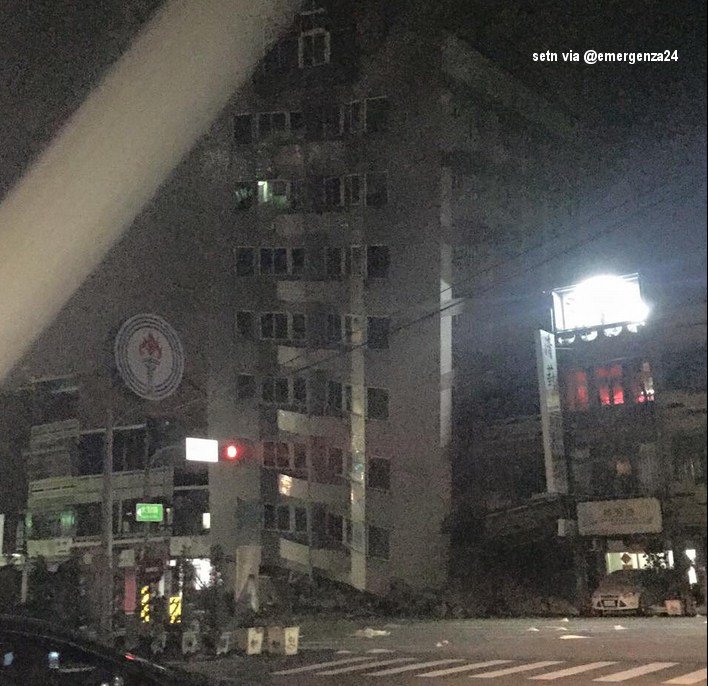