According to government sources, Pyongyang will bring forward the launch date, initially slated for between Feb. 8-25, to between Feb. 7-14.

Japan has maintained that such a launch would be in clear violation of UN resolutions, adding that it would continue to work closely with the United States to strongly demand that the DPRK refrains from its planned launch.

Japanese Prime Minister Shinzo Abe said the plans were a provocative act that threatens Japan's national security and along with the U.S. and South Korea, his government would step up pressure on the DPRK to abandon its planned launch.

The DPRK said it plans to launch a rocket carrying an earth observation satellite with Pyongyang making the notification to the UN's London-based International Maritime Organization last week.

Japan and the United States, however, believe the DPRK could be testing a long-range ballistic missile, with the imminent test coming on the heels of its fourth nuclear test on Jan. 6, which may lead to the UN Security Council slapping fresh sanctions on Pyongyang.

The DPRK is banned from test-firing any rockets based on a ballistic missile technology under UN Security Council resolutions.

Discussions on the matter are still underway, with some stakeholders calling for the resumption of six-party talks, stalled since 2008, which involve the South Korea, the DPRK, China, Japan, Russia and the United States.

The potential launch has rattled the nerves of Japan's defense ministry, which has unrolled anti-missile interceptors on both land and sea to shoot down any inbound rocket or missile headed toward Japan's territory. 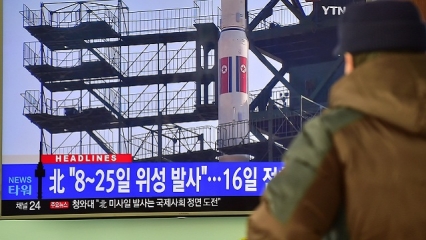