Open Letter to the US Embassy in Cambodia: What Does the US do in Cambodia? A Partner or a Father?

Phnom Penh (FN), September 10 – Cambodia reacted to an article "What Does the United States Do in Cambodia? We save the forest!” published by the US Embassy to Cambodia through Facebook page of the U.S Embassy of Phnom Penh on Sunday.

"Cambodia is losing its forests faster than any other country on earth. We’re working to stop that. We have helped Cambodia improve land management and preserve more than 2.6 million hectares of woodland," according to the statement.

The above statement intended to incite that Cambodia is losing its forest faster than any other countries on earth, but the statement forgot to mention the greatest loss of forest in the Amazon rainforest.

The forest cover losses in Cambodia are declining, with a loss rate of about 0.8 percent per year. Loss of forest cover decreases, which means that forest cover is increasing and the increase is due to the implementation of comprehensive reforms in natural resources, law enforcement, reforestation and the effectiveness of reforming natural resource management and conservation by the government.

"We have trained and equipped hundreds of forest rangers to stop illegal loggers. We are working in more than 100 Community Forests to help residents gain land titles. And we have helped over 15,000 rural residents find new sources of income other than harvesting timber,” the statement added.

The quote dismissed the many achievements that the Royal Government of Cambodia has made as the owner of the country.

The 2nd National Forum on "Protection and Conservation of Natural Resources", organized by the Ministry of Environment at the Peace Palace on August 22, 2017, Prime Minister Hun Sen highlighted a number of actions the Royal Government has done for natural resources.

The government has set out guidelines on procedures and processes for setting up a natural protection community to facilitate the establishment, strengthening of management capacities and community life.

William Heidt should accept this truth, and should not try to poison Khmer by distorting information to make a plan to destroy the peace, harmony and development of the Cambodian nation.

People throughout Cambodia have known that the United States has been supporting the CNRP in changing the regime through Kem Sokha since 1993. Kem Sokha also admitted for accepting U.S assistance to topple the Cambodian leadership.

Cambodia is an independent sovereign state and that Cambodian allies can provide technical assistance, but have no authority to manage on behalf of Cambodia.

William Heidt should not be confused with his role as an ambassador to Cambodia with president of the United States on Cambodian territory.

But the question can be raised by the fact that William Heidt, through the US Embassy in Cambodia, demonstrated the message of his personal achievements in Cambodia.

William Heidt certainly has a political agenda behind this message. In the theory of color revolution, the anger of the people about natural resources is a way for citizens to accuse the government of inability to manage natural resources.

What William Heidt mentioned on Facebook is a political intention to ignite people's hatred against the Royal Government of Cambodia.

William Heidt should understand that Cambodia is an independent state, and that the U.S is not a Father of Cambodia. 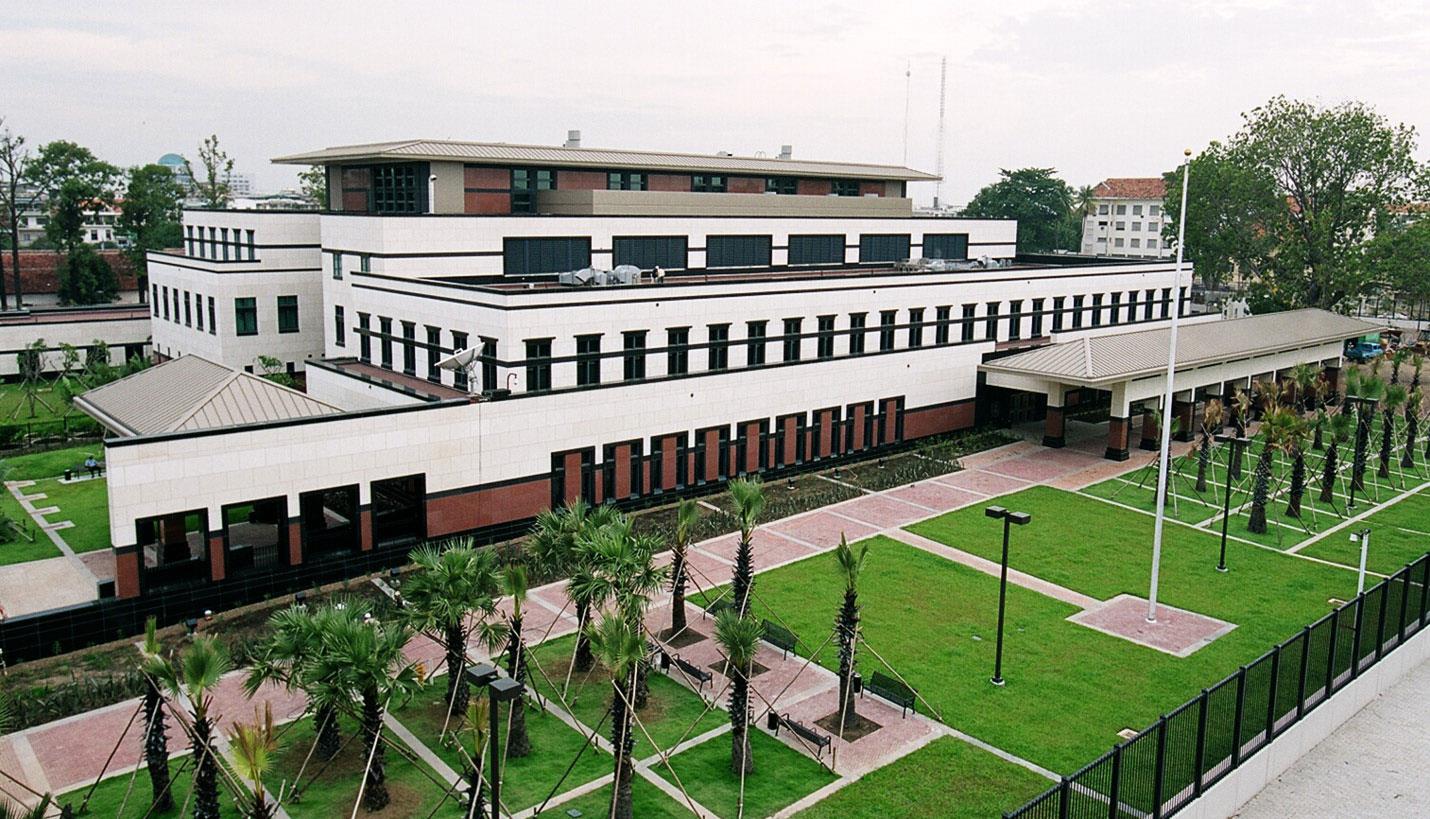 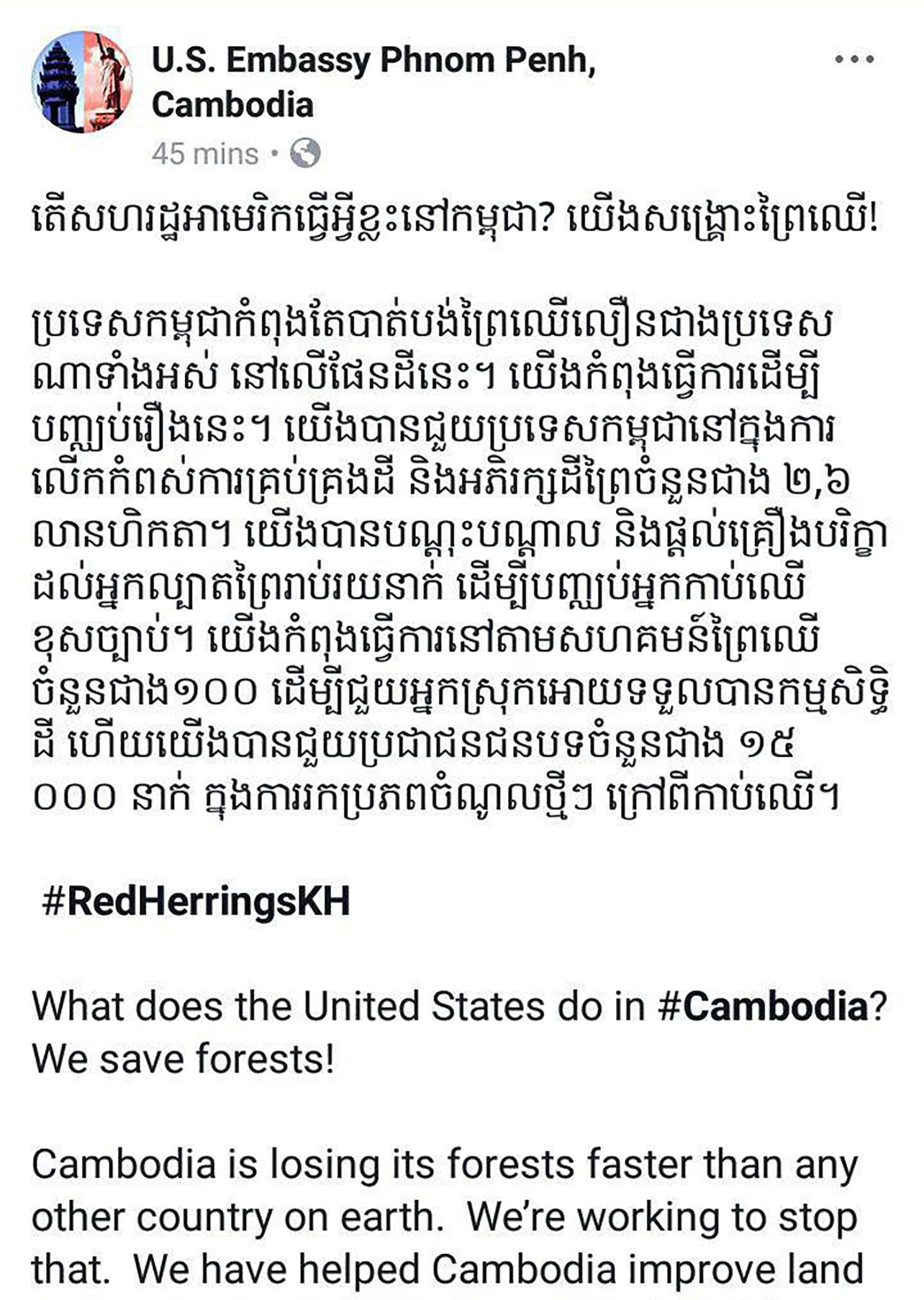