According to the rescue center, 213 people have been pulled out from the debris of the Wei Guan residential complex that collapsed after the quake in Tainan city, of whom 38 died before reaching the hospital.

However, three signs of life were newly detected at the 16-story building, which are the focus of the rescue work now, said William Lai, mayor of Tainan at a press briefing.

Rescuers warned of diminishing chance of finding survivors as 72 hours have passed since the quake struck. They are considering using heavy machines to speed up the work.

Four people, including an 8-year-old girl, have been rescued Monday from the Wei Guan building.

The 6.7-magnitude quake hit Kaohsiung city at 3:57 a.m. Beijing Time on Saturday, just two days ahead of the traditional lunar New Year. Local monitoring authorities put the scale of the quake at 6.4. 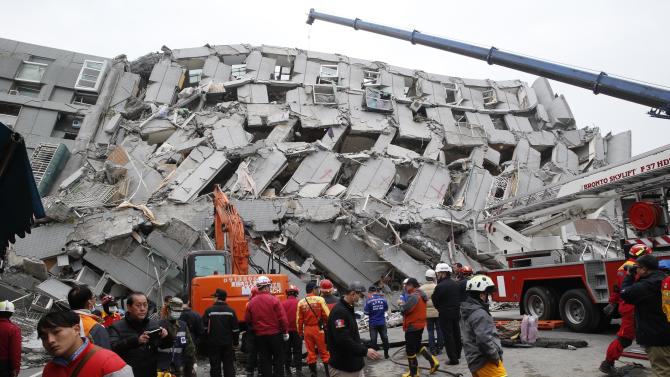