MEXICO CITY, Sept. 21 (Xinhua) -- The death toll from Tuesday's 7.1-magnitude earthquake in central Mexico has climbed to 273, the government said on Thursday.

Half of those deaths occurred in the capital Mexico City, where nearly 40 buildings collapsed, and the remainder in surrounding and nearby states.

According to a release from the national civil protection agency, 137 people were killed in the capital, 73 in Morelos state, 43 in Puebla state, 13 in the State of Mexico, six in Guerrero state and one person in Oaxaca state.

The death toll is likely to rise as rescue operations continue and bodies are retrieved from the rubble of buildings destroyed by the quake, the agency said.

In an interview with local media, Mexico City Mayor Miguel Angel Mancera said authorities have recovered the bodies of 87 women and 50 men, including 25 minors.

"Until all hope is lost, we will continue the rescue efforts in zones damaged by the quake," Mancera posted to Twitter.

The local government, he added, has declared the city to be in a state of disaster to facilitate federal funding for the reconstruction effort.

Some 5,000 residents forced from their homes are currently at 47 temporary shelters opened around the city, he said.

Rescue efforts are ongoing at 10 of 38 buildings that toppled in the capital, Mexico's President Enrique Pena Nieto said earlier in the day, during a visit to a town in Puebla that was hard hit.

"We will have to maintain the rescue efforts to find people who are still alive under the rubble," Pena Nieto said.

Experts say earthquake victims can survive up to 72 hours, or three days, without water. With the quake occurring at a little past 1 p.m. on Tuesday, that would mean the chances of finding survivors would fall considerably by that time on Friday.

The Federal Electricity Commission (CFE) announced it restored power to nearly 95 percent of regions that suffered a blackout following the strongest quake to hit the capital in three decades.

The Health Ministry said hospitals have treated 2,633 people injured in the quake, most in the capital, where 1,998 people suffered injuries. 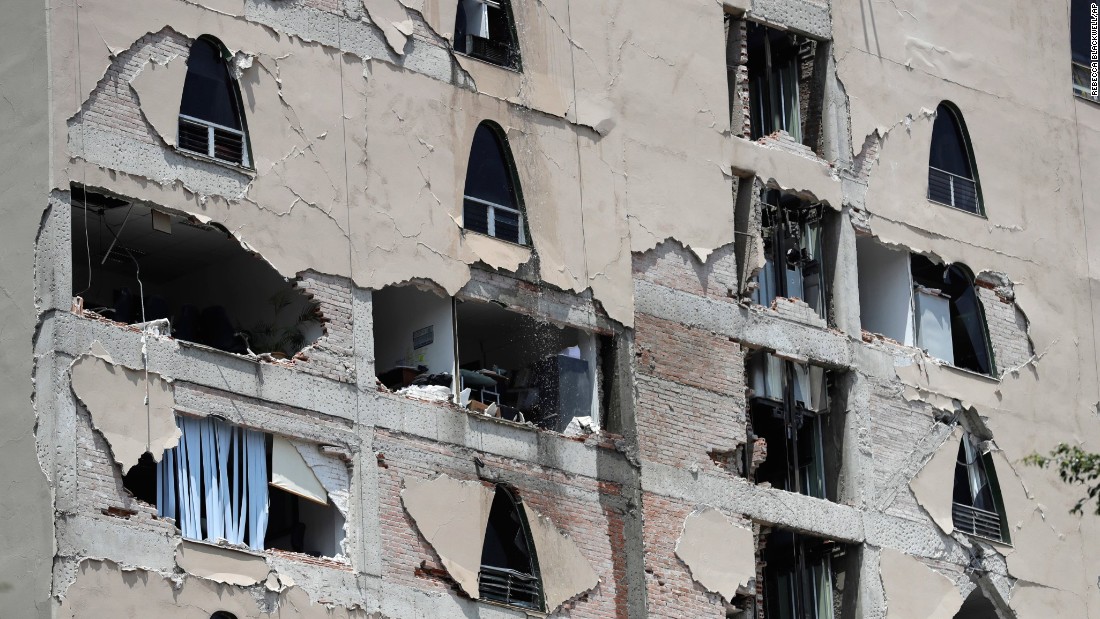